Thankfully, it’s not everyday a literary giant leaves us for greener pastures. So it’s up to us to honor them and share our memories of what the world will miss now that they’ve been called home. Ray Bradbury, at the age of 91, left us on Tuesday, June 5th. This is how I will remember him.

Even if you’re not a fan of science fiction, you cannot deny the legacy of Ray Bradbury. He was a man of ideas that could not be contained by genre, medium or opportunity.

But Bradbury’s biggest influence on me wasn’t his stories, but his life. He lived the artist’s dream rhapsodized in the minds of novices just starting out. He sacrificed luxury, battled rejection and met success without ever having to deny his passion for his writing. From poetry to plays to novels, Bradbury found the Holy Grail of artistic integrity and commercial success.

Yet, he never forgot how he reached the top, and he happily appeared at symposia, literary conferences and sci-fi conventions to encourage young writers to pursue their passions. He didn’t consider any audience too small, too poor, too beneath him to take time and share his experiences.

He also supported local bookstores and libraries, urging everyone – aspiring author or no – to take advantage of the wealth books have to offer. I recall he even took the time to write heartfelt words about the plans to destroy Acres of Books, an institution in the city of Long Beach, CA.

Plans to tear down this historic bookstore, founded in 1927, led Bradbury to create an essay about the importance of libraries and the safe space of bookstores in "I Sing the Bookstore Eclectic." Shared by the former owner of Acres of Books in its final days, Bradbury spoke of his many adventures lost in the un-air-conditioned stacks researching a new idea that he was developing. He’d resurface hours later with enough research for 10 ideas.

And like Acres of Books, the world lost an icon of immeasureable worth. I had the pleasure of meeting this icon once in November 2005 at a lecture in Woodland Hills, CA. I wrote about my experience at the event for another blog I maintained at the time.

The tale is reposted below, along with a photo of myself, my friend Jennifer and Bradbury. Warning: The recount is as loquacious as always, but the evening was worth every word.

Wednesday evening, the Woodland Hills branch of the community service group Friends of the Library hosted an inspirational lecture by one of the legendary icons of American literature: Ray Bradbury. Bradbury was present to promote his new play, Almost Midnight, currently running at The New Place Theatre. The production consists of 4 one-act plays, and it's scheduled to close on November 13th.

Those in attendance easily filled the 20 or so rows of chairs available, creating an event that was quickly reduced to standing-room only well before it was set to begin. To be fair, it wasn't so much a lecture as it was a presentation. Bradbury (now sadly confined to a wheelchair) sat at a table with a microphone and a glass of water, and delivered a virtuoso of anecdotes and tales about his life and career.

He started off with a story detailing how he first began writing professionally, and skipped forward every few years to share another saga from a chapter in his life. He often spoke of his good friend – Norman Corwin – and how he told Bradbury that if he were ever going to make a living with his writing and support his family, he had to sell his work to a publisher in New York. And with that advice in tow, Bradbury saved his cash, hopped on the Greyhound Bus (which in those days had neither bathrooms nor air conditioning), and headed for New York City. He slept at the YMCA and met with publisher after publisher, who all turned him down because they "didn't publish short stories."

Sensing his distress over the bevy of closed doors, Bradbury's friend suggested that he combine some of his short stories that involved similar characters (like those silly short stories about martians) into an anthology and call it a novel. Bradbury, a fan of a little gem titled Winesburg, Ohio, loved the idea, and sold the concept for The Martian Chronicles before heading back to his wife in California.

Throughout the evening, he continued to lead us through a series of events that saw Bradbury successfully publishing work in every medium he attempted. He wrote his first published poem for a professional football magazine. He wrote his first screenplay when he was contacted by director John Huston and asked to pen the script to the 1956 feature film Moby Dick starring Gregory Peck. And while screenwriting under a $600-a-week salary and living in Ireland, Bradbury was inspired to try his hand at playwriting. Those plays eventually led to a theater production involving the talent of James Whitmore and Strother Martin.

Yes, Mr. Bradbury did quite a bit of name-dropping. But one can only expect a living legend would occasionally cross paths with other legends, right? He talked about how he became good friends with an 18-year-old Ray Harryhausen based on their mutual love for the 1925 version of The Lost World. He described his first starstruck encounter with one of his greatest literary influences, Aldous Huxley, shortly after his second anthology was published.

A few more notable names came up throughout the evening including Lucille Ball, Julie Christie, Federico Fellini, and yes, even Michael Moore. It turns out that Moore did not request Bradbury's permission to allude to the title of Bradbury's Fahrenheit 451 for his award-winning documentary Fahrenheit 9/11. So Bradbury had more than a few choice words for dear Moore.

Bradbury didn't simply take tales of his writing career and haphazardly throw them together to keep his admirers amused for a good hour or two. The theme running through Wednesday's presentation was this oft-repeated message: Never let go of your passion. The love you have for your writing, your music, your art will feed you. There will be those who tell you that you can't make a living at xyz, and they'll encourage you to give it up and get a "normal" job with a "normal" life. But Bradbury insists that that advice will only lead you down a road of regret. He shared details of his lean years before he became successful, and acknowledged that there were a number of lean years after he became successful.

But he never let his fear of paying the bills stop him from pursuing his passion, and the moments when he came close to taking that "normal" job to get by, a writing assignment always came along at the last minute to keep him going just a little while longer. It also didn't hurt that his wife would occasionally work outside the home to help pay the bills.

After Bradbury finished his lecture, he happily took a few questions from the audience. Unfortunately, his hearing is not what it used to be, so the organizers at the library had the forethought to ask audience members to write down their questions and submit them to Bradbury's assistant before the presentation began.

He only managed to answer about 3 or 4 questions because the replies often ran into more advice and anecdotes. However, Bradbury made up for it by leaving his audience with a little teaser: He has recently acquired the rights to re-produce the screenplay for Fahrenheit 451. He hopes to adapt the film for a modern audience that resembles his original novel more closely. Ending on that note, grateful devotees enthusiastically rose to give a standing ovation and crowd around him for pictures and autographs.

How will you remember Ray Bradbury? Do you have a favorite story, novel, play or poem by this literary giant? 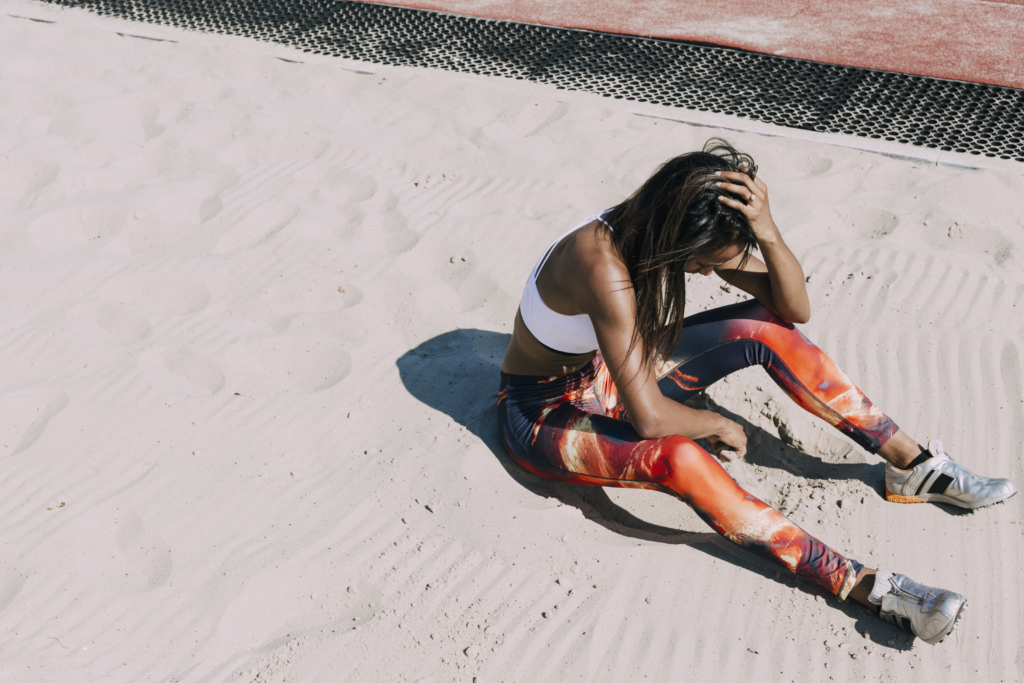 We Have To Stop Beating Ourselves Up

These days, you see plenty of blog posts, magazine articles, and Medium rants about the frenetic world we live ... 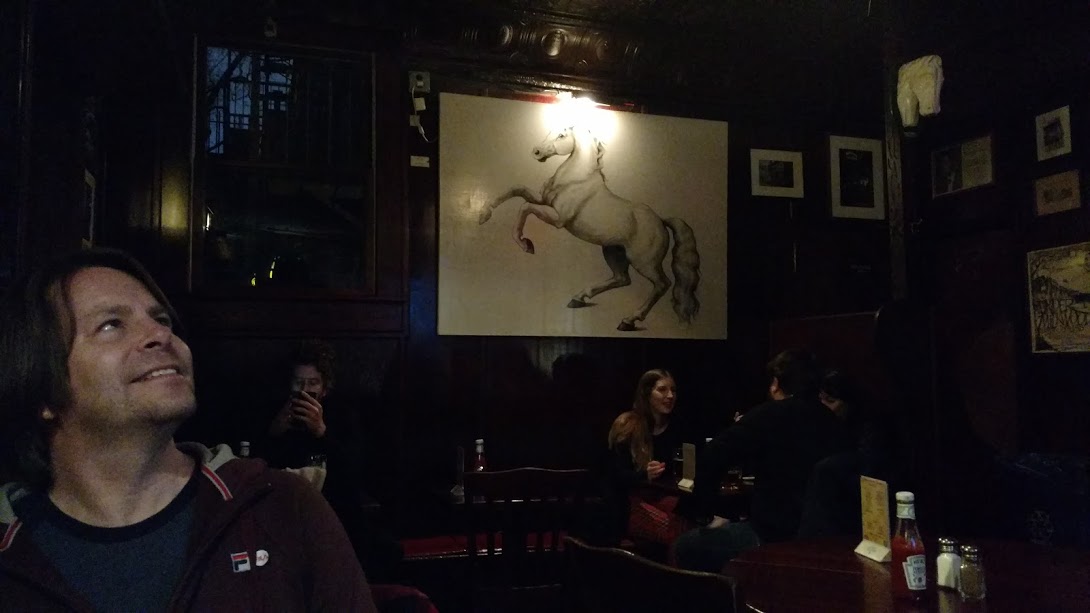 Why This Is Awesome: I have a confession to make. Even though I live a mere 22 minute train ride away ... 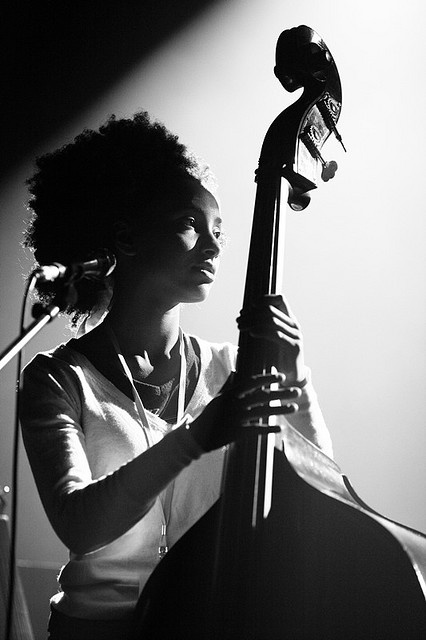