It's a blogging cliché to write a post around your birthday, sharing the lessons that you've learned so far in life. Often the stuff of lifestyle bloggers, it's a subject that doesn't seem to fit the tone of those of us covering topics like entertainment, political activism, or arts and culture. ... And yet, here we are.

You thought I was going to zag instead of zig, didn't you? :-) Don't worry. Next week, we'll return to our regularly scheduled holistic adventures in arts and culture. In the meantime ...

This past weekend, I celebrated another trip around the sun. Unlike last year, which marked a major milestone, I kept it low key and unassuming this time. Paris was special, but I enjoy embracing my tree rings in a variety of ways because I'm an eclectic creature who takes delight in not fitting into a box -- even when I'm leaning into a cliché. So please keep in mind, this post is going to be a little different than what you're used to for this topic, but I promise it will be no less engaging.

You might recall seeing blogger posts titled "18 Lessons in 18 years" or "27 Things I Didn't Learn In 27 Years" or something of that fashion. Well, since I'm much older than those whippersnappers, and you, dear reader, don't have that kind of time, I'll keep this simple with Four in Four.

And four decades is a long time. If you're a 60-year-old looking at this and calling me a "baby," I'd say shenanigans! Because I'm sure by the time you reached 40 years old, you probably lived enough to fill an encyclopedia's worth of stories to tell. ... Or maybe you didn't. Maybe you're someone who always made the right choices and was met with the right outcome to every path you chose. Maybe the road always rose to meet you, and the wind was always at your back. But for some of us -- I dare say, most of us -- this was not the case.

And in that, lies the first of the Four.

One: You Evolve. You Don't Progress.

I would never label myself as wise, but if I could pass along any lessons about what I've learned so far on this blue marble, this would be the first: Life is a journey, and you have to adapt in order to survive. Every day we're bombarded with the message that life's more of a race or competition. But millions of people trying to outdo or compete against each other in an imaginary sprint to the top of "Success Mountain," pretending to be happy along the way, is a myth. It's also the subject of many short stories, novels and films. (One of the most popular, Fight Club by Chuck Palahniuk, comes to mind.)

But even though sometimes I too get sucked into this ridiculous comparison game that feeds on our subconscious fears of not reaching these arbitrary milestones, I know there is no such mountain. There is no progress toward that summit. Because human beings don't progress. We evolve.

You didn't progress. You didn't become a better version of yourself. You simply responded to an ever-changing environment in a world that can be hostile one moment and hopeful the next without rhyme or reason. And you're still here. We're still here. And that alone is worth celebrating.

You're not just an agent affecting the world around you. You're a tiny little creature being affected by the world too. And there's more outside of your control than within your control. So you adapt. You evolve. Maybe you learned a new skill to help you change careers. Maybe you stayed home with your little ones so you could spend more time raising them than grinding from 7-to-7 at what was supposed to be a 9-to-5. Maybe you lost your house when you lost your job or the housing bubble burst. And now you live in a small apartment, trying to get back to where you were a decade ago. It's OK. You're not a loser or a failure. We're not in a race. And no one is winning or losing. We're all just evolving.

Two: It's OK To Let Others Be Different.

Most of us would agree that we were taught -- at least verbally -- that it's OK to be different. Its messaging is in everything we value. From Shakespeare ("To thine own self, be true") to the music of Björk, we're told different is good. Think for yourself. Be your own person. Yadda, yadda, yadda.

Then, life teaches us something else. Despite the adages, the clever fables, the after-school specials, reality screams at us that being "different" gets you rejected. And rejection hurts like a mother. Some even go so far as to take that rejection and turn it into art. ;-)  But the sting of not being rewarded with acceptance for being yourself is a lesson we learn early as children, and often, the hard way.

From a young age, we're taught that we should be ourselves, but we're never taught to accept others for doing the same. Love cheesecake. Despise macaroons. Enjoy post-punk. Loathe graffiti art. Read Dan Brown. Plant tomatoes. Blast H.E.R. Play Call of Duty. Travel abroad, travel around your own country, or don't travel at all. Blog once a month. Watch HGTV. Run marathons. Reject the use of the word "impactful." Wash dishes twice a month, once a week, or every other day. Color your hair orange. Learn Lingít. Abhor comic book movies. Avoid music festivals like the plague. Collect snow globes. Eat junk food. Marry your high school sweetheart, marry in your 40s, or don't get married at all. Whatever it is that you do, let others know that it's OK to do the opposite. Don't just be yourself. Let others be themselves too.

You want to watch me bristle? Say "See, they never taught us stuff like that in school!" I think I've developed a tick in the right side of my face that's triggered every time I read that comment online.

It's fair to say that many countries have less than stellar education systems. And if your country is doing a bang-up job in this area, I tip my hat to you.

But here in the U.S., education changes with the location. And not just the location based on what state you live in, but also where you live in that state, city or district. So it's fairly common to meet an American who knows a great deal about the U.S. government and economic structure, and another who knows very little. Why? Because one grew up in Indiana, where civics is a requirement to graduate from high school, and the other grew up in Virginia, where civics is an elective.

Yep. There's no national curriculum here, and state curricula are spotty in terms of roll-out and enforcement thanks to years of de facto segregation. (Yes, segregation still exists in the U.S., but that's for another blog post.) My point is, your education is not the same as everyone you meet -- whether you meet them in person, on the phone or online. So you shouldn't be shocked that someone is able to tell you something you didn't know. Your path is not the same as theirs, and no, it's not just an American thing.

I meet people constantly -- in person and online -- who reside in or grew up in other countries, and they often don't share the same information and knowledge that I do about any number of topics. Sure, plenty will love to portray themselves as more learned, but ultimately, that's ego, not reality. And it's not uncommon to meet people (like here in the U.S.) from other nations with vastly different knowledge about the same topic. There are Germans who can give a master class in modern Eastern European history. And there are also Germans who don't know the difference between Slovenia and Slovakia.

And that's OK. As long as you accept that education is a lifelong pursuit, it's OK to not know everything. Unfortunately, thanks to the idea that we're all in competition with each other (see Lesson #1), few of us are willing to admit we don't know something. Part of this is due to the fact that others seems to go out of their way to deride or belittle anyone who doesn't share the same knowledge (see Lesson #2).

But I ask that if you don't take anything else away from this blog post, take this: Your education didn't begin in a classroom. Nor should it end in one.

Four: Listen to those who came before you.

The greatest wealth of knowledge about the world around you can't be found in a book or a documentary. It can be found in the oral histories of the people who were born before you. Yeah, I know no one likes to be lectured. No one likes to be told what's wrong with their generation. But we all need to listen. Because if we're not listening, we're not learning.

Older generations give you perspective. My mother protested and argued for equal pay and gender equality in the workplace 30 years ago. Some of our grandparents remember the marches for everything from union jobs to access to quality housing and healthcare to LGBTQ rights to reparations for past injustices to land rights to reproductive rights, and more. Our great-grandparents saw a nation torn apart by the most devastating economic collapse of the 20th century, and yet, how many of us have taken time to listen to their stories since the Great Recession began or ended? I imagine if we did that more often you wouldn't hear so many young people complaining about their financial struggles today.

I'm not saying don't question and to follow blindly, but to listen and recognize the lessons in their journey. In doing so, you will learn they are just as flawed as you. So learn from their mistakes instead of assuming you're above them. (Because that assumption is the quickest way to make sure you're going to repeat them.) And above all, know this: The most valuable details about our past are rarely included in history books, biographies and documentaries. Oral histories shared from generation to generation have far greater accuracy than most written texts could ever capture. So take advantage of it.

Whew! I know that was long one, dear readers. But I hope you found it helpful and not too patronizing. I wish I could share 40 for 40, but let's be honest, I'm more of a deep diver than a listicle maker. And the Four in Four speak to the journey I've traveled so far much more than any longer list could. Thank you for making it all the way to the end. And I promise, next week we're back to the our arts and culture-related content.

What lessons have you learned so far that you wish you could share with others? Is there anything in my Four in Four that you disagree with? Agree with? 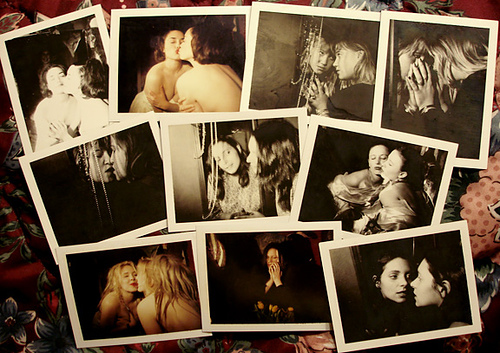 Financing The Imposter: Part Time, Side Hustle Or Fraud?

A constant theme you'll hear many entrepreneurs, artists and freelancers discuss is the concept of feeling like a ...

Enjoying The State I'm In 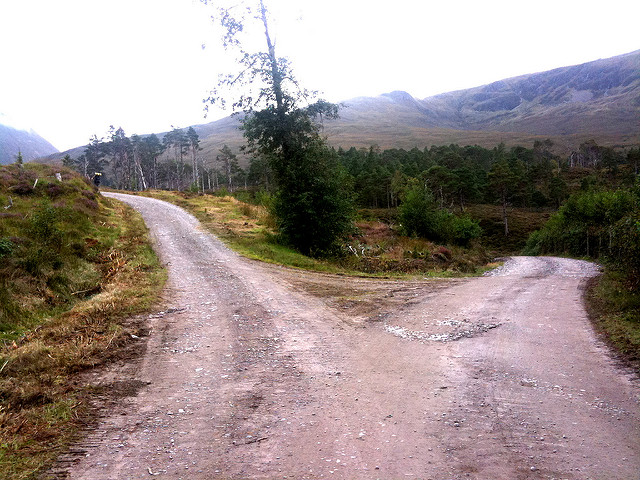 May is Mental Health Awareness Month, and as you may have guessed, it's that time of year when ...