Great Theatre Is Written In The Stars

"In the quantum multiverse, every choice, every decision you've ever and never made exists in an unimaginably vast ensemble of parallel universes." -- Marianne in Constellations

In this profound exposition on the mechanics of astronomical physics, writer Nick Payne introduces us not only to the science behind his play, but also to the emotional path we're invited to take in this two-person, one-act journey. Constellations opened at the Royal Court Theatre in June 2021 with a (pardon-the-pun) stellar cast that included Sheila Atim, Ivanno Jeremiah, Peter Capaldi, Zoë Wanamaker, Omari Douglas, Russell Tovey, Anna Maxwell Martin, and Chris O'Dowd.

This singular script would find all 8 cast members performing the same 2 roles with 1 stage partner for 70 minutes, with the same dialogue, same settings, and same psychological mind trip. Launched as the re-opening production of the Donmar Warehouse after 18 months shuttered to live audiences, Constellations was revived in the West End with this innovative concept that allows audiences to engage the same romantic odyssey from multiple perspectives with 4 couples, each with distinctive backgrounds.

So why am I sharing news of a summer play that closed in September and only ran in the heart of London's much beloved theatre district?

Because for the month of November (until November 29th precisely), you can watch each of the 4 productions for £15 right in the comfort of your home.

One of the few silver linings to come out of this unfortunate once-in-a-lifetime experience we're all sharing is the move to make the arts more accessible to audiences who are unable to venture out and enjoy the wonderfully creative stories that playwrights weave so well. Such is the case with the Donmar Warehouse recordings of Constellations now available for viewing on-demand as many times as you like within a 24-hour window.

This allows theatre lovers like myself the opportunity to enjoy the special chemistry between the inimitable Zoë Wanamaker and Peter Capaldi from across the Atlantic, leaving me forever grateful for the wonders of technology.

And enjoy the special chemistry I did ...

The play opens up with 2 people introducing themselves to each another at a mutual friend's barbecue. At first, you're a bit startled with the abrupt changes and repetition of the dialogue, only slightly different than the previous version. But with the help of clever lighting and sound cues, you quickly catch on to the premise, and appreciate the blackouts and minute beats used to acclimate you to the rhythm and concept of the play. Kudos to director Michael Longhurst and his team, especially lighting designer Lee Curran and designer Tom Savitt for making the experience feel both immersive and simple.

Moving on at a spirited pace, the audience is treated to 3 new introductions at the barbecue, followed by 2 developments of awkward getting-to-know-yous, quickly succeeded by 4 explanations of why these 2 crazy kids may not make it.

Buttressed by a simple, square black stage surrounded by balloons and white globes pulsating at just the right time, our 2 actors are as vulnerable and exposed as their namesakes. Taking us down a road where we see each of them hurting, being hurt, and fumbling between both as they navigate a dark development, Roland and Marianne need each other while doing their level best to seem otherwise.

Speaking of dark developments, the audience first encounters a jarring intrusion into the rhythm after the first 8 minutes. This short glimpse of the ending near the beginning informs the viewer that the concept and execution of this novel twist on storytelling isn't going to be as light-hearted as you might think. These scenes are punctuated by red lights instead of white, driving home their significance in the tale.

You don't need a science degree to appreciate the stripped down explanation behind the play's perspective. Audiences may have to wait 12 minutes into the play before their theory is confirmed, but Marianne's playful exposition on quantum cosmology and mechanics thankfully makes you feel smarter, not dumber.

It's not long before you quickly agree with Roland when he admits science is sexy, while looking doe-eyed in a mix of love and infatuation at his partner.

From there, the blossoming relationship continues, taking us through fights, break-ups, make-ups, and more. Their relationship begins and ends and begins again, and each time with a little more passion and pain.

And with each variation, we are gifted with differences in body language, inflection, and choreography. The actors move from states of insincerity to apologetic to defiant to nonchalant and back again. When our beekeeper and astrophysics researcher are standoffish, funny or boastful, we want to cheer them on and simultaneously slap them for their flippant behavior.

Earnest, yet overwhelmingly emotional, in the end Constellations lures you in with confusion and determination, then rewards your patience with a roller coaster of poignant highs and lows. There's beauty in the tragedy and there's pain in the comedy. And by the time the lights go dark and our couple takes their final bow, you can't help but feel compelled to watch it again. A 70-minute production has never packed such a punch!

"If you change your mind and want to call it a day, we'll just call it a day. You'll never have to see me again." -- Roland in Constellations

Needless to say, I savored every moment of the production I selected, and thanks to the ingenuity of modern technology, I have the option to go back and watch it again or choose another couple from the play's run. (Or even watch all 4 couples for a mere £40 total with 4 days to enjoy them.)

Wanamaker and Capaldi have a reputation of giving every project they're a part of a special je ne sais quoi, and the inclusion of an older couple among the cast of 8 certainly reinforces the weight of the "red scenes" in a way I imagine will feel quite different from the other 3 younger couples.

The diversity of the cast and the multiple perspectives being shared makes the concept feel more lucid and universal, and less like a gimmick used to thrill or impress you. I especially appreciated the inclusion of one scene using sign language to communicate an incredibly volatile interaction.

When taking into account the play's use of only 3 props, a subtle lighting design that complements our story effortlessly, and the brilliant crew's fluid movements to help deliver some truly brave camera angles, Constellations has to be one of the best theatrical productions I've seen captured on film.

I want to thank Donmar Warehouse for not only making this play possible, but also making it available to everyone outside of London. I've watched a number of plays online over the last 18 months, and I understand how they can be quite a feat to capture while trying to keep them as engaging as they would be on a live stage. Thankfully, with the help of veterans like Capaldi and Wanamaker, the passion of Payne's script, and the fearlessness of Longhurst's direction, Constellations was able to set the bar and exceed it. 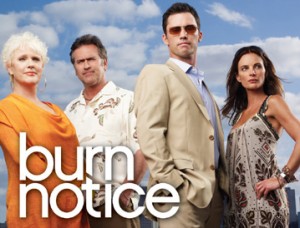 How Burn Notice Taught Me to Strategize My Freelance Business

We learn how to strategize thanks to a variety of methods. Sometimes we learn by reading (Sun Tzu's ... 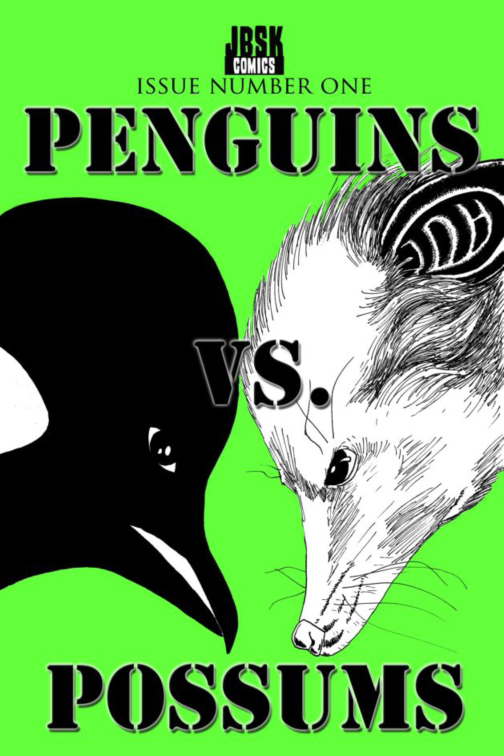 Since leaving my freelance staff position with IndyConcerts.com, I've found myself missing the world of indie ...

Here we are again about to welcome in a new year. But as I'm wont to do, let's take a look back at this crazy year and assess where ...