February was a whirlwind of activity for this culture vulture. From website redesigns to fandom conventions to 12-hour work days spent behind a keyboard, I'm more than ready for March's slow-paced amble into spring. But before our saunter becomes a trot, I have to share with you the three magnificent minds that made the month of February so unique.

You see, I love a guest lecturer. Not for the photo opportunities or the book signings that often follow. No, I love them for the chance to hear someone who's accomplished something remarkable -- an Olympic medal, a MacArthur Fellowship grant, an EGOT -- tell us how their vision led them on an unforgettable path. Maybe that's a lot of pressure to place on a lecturer, but I'd be lying if I said I didn't expect to hear something profound before I grab my coat and make my way to the door.

And that's exactly what happened -- not once, not twice, but thrice -- is the wintry, frosted landscape in the month of February.

‍On February 12th, I had the pleasure of learning about three of the most influential aviators in American military history from one of the few remaining living legends who is still here to share their tale. Colonel Roosevelt J. Lewis Jr. was only a toddler when WWII drew to a close in 1945, but that didn't stop him from pursuing a life in aviation and following in the footsteps of the Tuskegee Airmen.

For those of us born during the latter half of the 20th century, the Tuskegee Airmen seem like they've always been revered as a treasure trove of African-American achievements. Yet sadly, that is not the case. Many of the Airmen came home from the war only to be excluded from parades, denied military benefits, or completely ignored by their fellow officers and society at large. It's only in the last 20 years have we seen their contribution acknowledged and shared with the rest of the world. And a large part of that thanks goes to the Colonel Lewis.

This former transportation advisor for the Pentagon trained under the cautious, but encouraging eyes of C. Alfred "Chief" Anderson. Anderson is often credited with wowing First Lady Eleanor Roosevelt with a special flight during a routine inspection of a southern air force base. That special flight led to a unique photo op, which in turn led to the US armed forces bankrolling the creation of that all-Black exceptional squad who would go on to protect America's bombers serving on the European front.

Colonel Lewis told us of the struggles for Black citizens to even qualify for a pilots' license prior to 1940. Men like Chief Anderson had to teach themselves, often through trial and error. And even then, those scoring the test refused to give him a perfect score on his aviator's exam. He was told, "Well, he aced it. But I'm not gonna give him 100%. I'll give him 80%."

Yet despite this discrimination, unequal wage opportunities and little access to proper training equipment, Anderson persevered. And he, along with General Benjamin O. Davis and Major Daniel "Chappie" James, would go on to train over 400 Black pilots who flew in over 1,300 combat missions during the Second World War.

On that wintry February afternoon, we didn't get to just hear about the wonderful achievements of men who excelled facing extraordinary odds. We got to hear why our collective history is so important to remember now more than ever. Col. Lewis is an accomplished man himself with years of experience excelling in the private and public sector. But on this day, he chose to honor the legacy of those who paved the way for him to achieve so much during his lifetime.

And at the end of the day, isn't that the greatest way to inspire.

‍It could be argued that George Takei's name didn't become a household name until the 21st century. Despite an acting career that has expanded more than 50 years in film and theater, Takei emergence into pop culture fame has become more prominent not only thanks to the devotion of he geek community, but also to the devotion of social activists. Takei beautifully represented how those two unique spheres have come together and enriched his life in profound ways. On Monday, February 16th, Takei spoke to a packed the house at Clowes Hall on the Butler University campus, sharing the story of his family, his community and his life as an out-and-proud Japanese-American who proudly fights for GLBTQ civil rights.

Takei remembers his early years as joyful, but calm. All that changed in 1941. Then, at the age of 5, a young Takei, along with his family, were ushered into a Japanese-American internment camp in rural Missouri following the bombing of Pearl Harbor. For four years of his life, he and his parents and siblings were incarcerated with other Americans of Japanese descent without trial or charges, simply because they happened to look like the enemy Americans were fighting overseas.

Takei acknowledges that the history of this dark and sad period is rarely taught with the full attention and respect it deserves. Our high school history books do not give the internment its due, nor does it detail what unfolded after thousands of Japanese-Americans were locked behind barbed-wire fences. Details such as how any male wishing to join the war effort were encouraged to do so, but their families would have to remain behind in the camps while they risked their lives on the battlefield rarely makes the history books. Also, any man refusing to serve in the military while their families remained interned, were brought up on criminal charges and incarcerated at Leavenworth prison.

Takei told us of the day his family were forced to pack up their belongings, crowded onto buses and shipped out to different camps by train. He shared the very vivid and heartbreaking memories of his mother, struggling to carry his little sister and a duffle bag with her personal belongings as tears ran down her face, closed the door to their home one last time. Takei also detailed the very painful process of moving back to those communities after the war, and enduring the brutal anti-Japanese discrimination as families tried to rebuild their lives with little or no financial means to do so.

But Takei, as a genuinely positive and enthusiastic man, made it clear that although this period of his life will always mar his childhood memories, it became a catalyst for his involvement in politics and social change. From stories of meeting the much-revered Eleanor Roosevelt at the age of 15 to his time serving on the board of directors for the Southern California Rapid Transit District, Takei has actively seen himself closely situated near the nexus of community involvement.

It was his commitment to community and social change that brought him into the public spotlight outside of the Star Trek fandom in 2005, when he came out of the closet at the age of 67. Since then, he has been on a whirlwind ride of public debates, lectures, interviews and social activism that has engaged people in raising support for issues affecting the queer community and American society at large.

After hearing Takei speak with such pride of the Stonewall Rebellion of 1969, the complicated path of a working Asian-American actor in post-WWII Hollywood, and the many hurdles he's maneuvered to bring his powerfully dramatic musical Allegiance to Broadway in June, one can't help but wonder how Takei manages to find the silver lining in all of life's adversity. But he does.

And his message of positivity was not lost on me that evening. In a world where those under the age of 35 are much more eager to embrace cynicism than perspective, Takei's optimism was surprisingly refreshing. Here was a man who endured unflinching hardships on multiple fronts, but he spoke with such admiration, respect and loyalty to a nation that most young people who've suffered through far less will only regard with disdain. That kind of strength and wisdom is rarely seen anymore, regardless of generation. And I'm so happy I had a chance to bathe in that inspiring energy on that wonderful day.

When I was growing up, Angela Davis was more of a representation of what modern society considered a militant black woman aspired to. She was more legacy than real; more feared than understood. Living in a socially and politically aware household in a largely conservative state, I often heard and saw Davis painted as someone no black woman should ever emulate if she'd want to follow a path of success and acceptance.

I guess that's why I grew to admire her so much.

So when I learned of Dr. Davis' plans to speak at Purdue University in Lafayette, IN, I couldn't help but rearrange my much-too-hectic schedule so I could hear her define herself in her own words. And that's just what she did last Wednesday in Elliot Hall on the Purdue University campus to a diverse crowd of students, teachers, parents, townies, baby boomers, Gen-Xers and Millennials.

Davis' speech covered a lot of ground in a short time, but her message was clear: We're all leading political lives because the personal is political. The choices we make in our daily activities inform our society of what we accept and what we reject. From the food we eat to the places we take our vacations to how we wear our hair. And who would know more about how a hairstyle is used to define you more than Dr. Angela Davis.

Davis has spent the last 15 years teaching at University of California, Santa Cruz and reflected a great deal on her life in Oakland prior to her teaching career and her life in the searchlight. Today, she uses her influence and voice to draw attention to the inextricable link between the American prison system (or as she calls it, the Industrial Prison Complex) and systemic racism that pervades our society.

She asked the audience to pay close attention to how certain laws are passed and who is providing the funding for new policies. For example, the recent anti-immigration laws in Arizona that have disenfranchised thousands of American-born Latinos and Hispanic immigrants were financed by companies specializing in private prisons. Why? Because the fastest growing revenue stream in the American prison system is the immigrant detention center. Definitely food for thought.

Even though Davis covered a great amount of territory in her short 50 minute address, she managed to tie it together with a wonderful message of service and community that can only be forged by engaging our world with open eyes. Recognizing intersectionality and collaboration can help us all move our society forward so that no one's life is a stranger to equality, justice and prosperity. 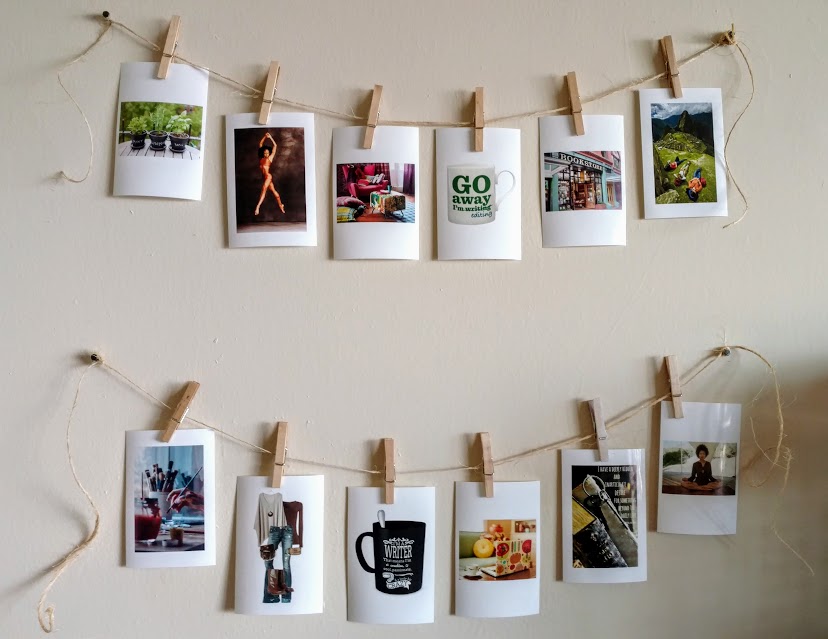 First You Get The Vision...

I know what you're thinking. "Candace! You're not one of those bloggers who's going to tell us about ... 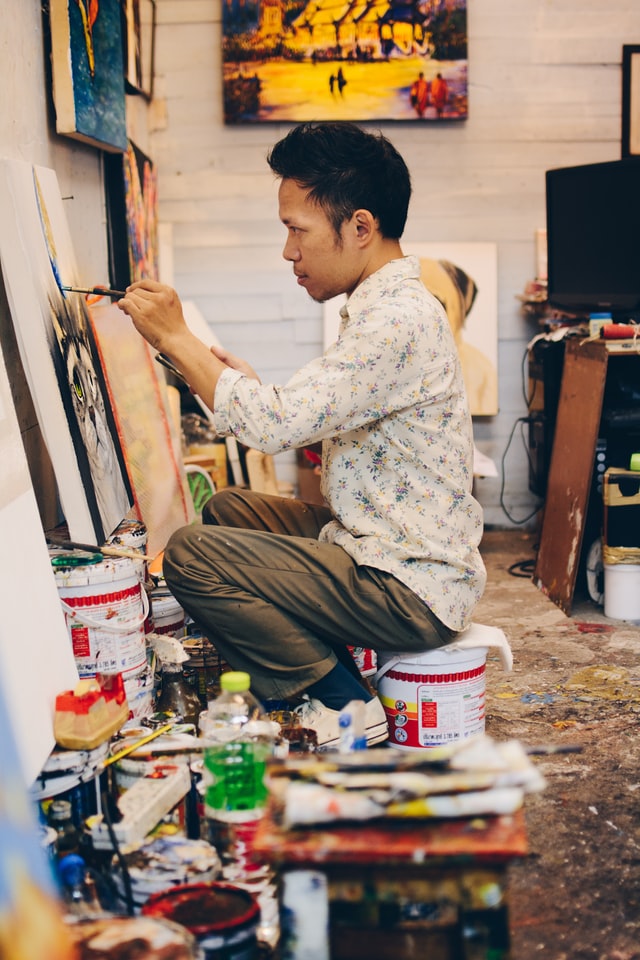 At the risk of romanticizing the pandemic, I would be remiss to not take a moment to acknowledge the brilliant way ... 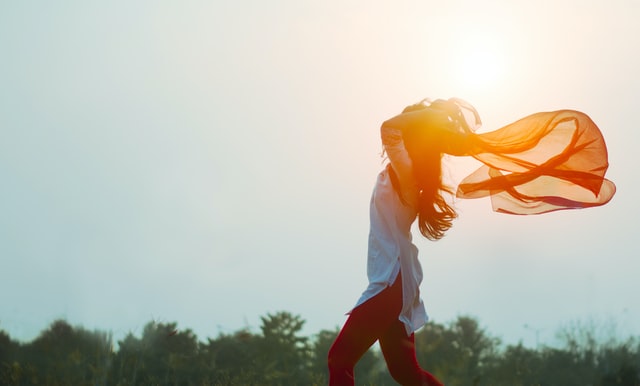