Last Thursday, on an uncharacteristically, but perhaps long overdue rainy fall evening, I ventured out to the Brooklyn Historical Society to learn a thing or three about the intersectionality of artists and activism in NYC's dance community. The guests answering the call to share their ideas at the "Movers and Shakers: Dance Activists in NYC" event included Camille A. Brown, AntBoogie, Jawole Willa Jo Zollar, and Jason Samuels Smith. With each panelist representing a variety of dance styles in the artistic community (jazz, hip hop, tap, African and contemporary), moderator Eva Yaa Asantewaa guided the audience and the young artists through a discussion on a dancer's role in the current atmosphere of #BlackLivesMatter and its effect on artistic development and expression.

Although the event got off to a late start due to the torrential downpour, the crowd was eager to hear the individual tales of where the artist ends and the activist begins. Or should I say where the artist and activist gracefully meet? I should point out that the artist/activist role is a popular topic of late (see Carrie Mae Weems' recent speech at the National Museum for Women in the Arts or Theaster Gates' response to The Art Newspaper's question "What Is Art For?"), but I've yet to see invite dancers and choreographers to the conversation.

Yaa Asantewaa, a respected contributor to the amazing world of dance in her own right as a renowned journalist dedicated to capturing the power, majesty and inspiration of dance for the world through the written word, eased our panel into the topic of the evening by acknowledging the sharp demands for change that have dominated our newscycle in the last three years addressing issues of inequality on multiple fronts. Starting cautiously, AntBoogie opens with a refreshing declaration. He prefers to withhold opinion or commentary on most events or issues in protest until he learns more about the details. As a business owner, he's more than aware of how his response can quickly be used to justify retaliation against him and his livelihood (a reasonable and necessary concern in this day of always-plugged-in consumers). Instead, he aspires to let his work speak for him, which he believes leaves a much more indelible mark than anything he can contribute online.

Jawole Willa Jo Zollar understood AntBoogie's approach all too well, but she too has seen how the backlash to an artistic response to inequality can burn your project and your company as well. When her pioneering dance organization Urban Bush Women was selected to receive a grant from the National Endowment for the Arts in the late 1980s, the grant offer was suddenly rescinded after the selection committee learned of her company's new work portraying the complexities many lesbian women face in an intolerant society. As a response, Zollar learned to be more surreptitious about addressing racism and inequality in her work, but now, she's "becoming more courageous" at a time when these issues are easier to address on a mainstream level.

As the child of two incredibly successful professional dancers, Jason Samuels Smith has spent much of his life entertaining people and sharing the world of tap and the culture that crafting it with millions around the globe. But as he's grown older, he's become more dissatisfied with how those audiences have reacted to that culture and what they've chosen to do with the knowledge and experience he shares. So he's recently decided to actively take his work back to its roots in the community, sharing it directly with the people and build a groundswell within to make sure the stories continue to be told by the creators, not the assimilators. Samuels Smith asserts, "I feel like black culture is endangered. Black dance, black music, black art. History is being rewritten, but never from our perspective."

Samuels Smith briefly mentions how he's working with Camille A. Brown on a dance project that addresses the blight of gentrification currently spreading across the New York he once knew and loved, but it sounds very much like a work in progress. Which should be no surprise once you hear about everything on Brown's plate at the moment as she manages her own dance company and the national tour of her acclaimed production Black Girl: Linguistic Play. How does Brown approach the intersectionality of artist and activist? Well, for starters, she finds it necessary to divorce herself mentally from the dance world or else risk being defined by its stereotypes. In the process, she always remains authentic to her sense of self and only seeks to create the stories she feels compelled to tell.

One of Yaa Asantewaa's most potent questions to the panel dealt with the realities of artistic expression in a volatile environment that isn't always receptive to dance as a form of protest. Zollar, the self-admitted troublemaker, speaks up quickly to confirm that reality: "Dance is rarely included in the study of cultural revolution or resistance. Sure, music, literature and art are included. But rarely dance." A concept that befuddles all of the dancers on stage. "We use gesture and movement within the revolution throughout history. When you think about the protest [of John Carlos and Tommie Smith] at the 1968 Olympics, what do you remember? They raised their fists in the air," Brown mimicking the gesture as she breaks it down. "When we resist, we are using our bodies. Not just our voices." Samuels Smith adds, "Our bodies are our first tools and our first weapons. Revolution begins internally."

So is the exclusion of dance from the conversation of "activist art" a result of mainstream society's limited notion that dance is intended purely to entertain? Or does it touch on the matter of gatekeepers in the dance world limiting the voice and depth of choreographers who wish to use their art as a mouthpiece for resistance? The panel never quite has an opportunity to discuss the catalyst for limiting the realm of dance to an "entertainment only" art form, but when the issue of gatekeepers -- in the form of financial, political and social support -- comes up, the panelists certainly had something to say.

AntBoogie made it clear that in the hip hop sphere, the gatekeepers not only have had no oversight, but its led hip hop as a teachable art form down the wrong path. "The gatekeepers aren't held accountable for their actions and how it impacts the community. But I am. And right now, in hip hop, our house is very dirty." With his decision to take his instruction and experience to the community, Samuels Smith is working to circumvent anyone who dares consider themselves a gatekeeper in the world of tap: "I'm bypassing the gatekeepers and going directly to the community leaders." When asked later during the audience Q&A portion of the event about how can other dancers follow suit in order to finance their own projects without relying on the limitations imposed by gatekeepers, Samuels Smith keeps it simple. "Sometimes you gotta be willing to take it old school. Rent parties, mixed tapes, street performances. We did that in the past and it's worked," he says.

According to Brown, the important takeaway is that you can't let that lack of funding circumvent your passion or your belief in your project. She quickly shares a story about how too little financial support forced her to move away from her concept with an accompanying 4-person band. Instead, all she could afford was a piano. Well, it turns out the piano alone complemented the work better and forced her to tweak her choreography in a positive way that only made the performance stronger.

Ultimately, everyone -- as AntBoogie stated early on -- agreed that it is their work that does the talking for them. Most of them didn't set out to become activists, but being artists and people who live a daily reality challenged by the status quo, their beliefs and determination have been unintentionally woven into their work. That is everyone except Zollar. She admits that when she founded Urban Bush Women in 1984, she did so with the intent of addressing social injustice in her work, even if in an inconspicuous manner. "We built the group around the idea that we were two arms. One arm represents our 'concert self' or what the world sees on stage. The other arm represents our social activism and community involvement, the part not everyone will see," she explains. And although it's been anything but a smooth ride, she's content with her company's 30-year legacy of melding art and activism. 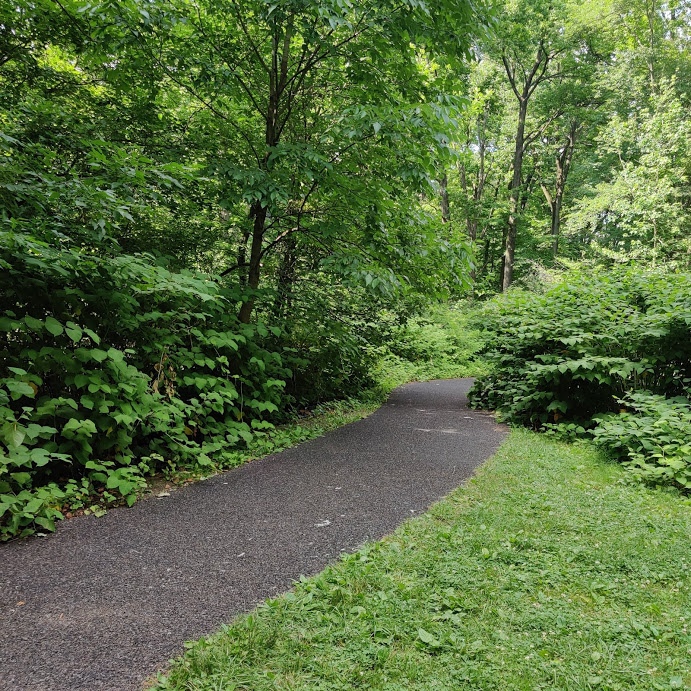 Why This Is Awesome: This week marks the change from summer to fall here in the Northern Hemisphere, so I thought ... 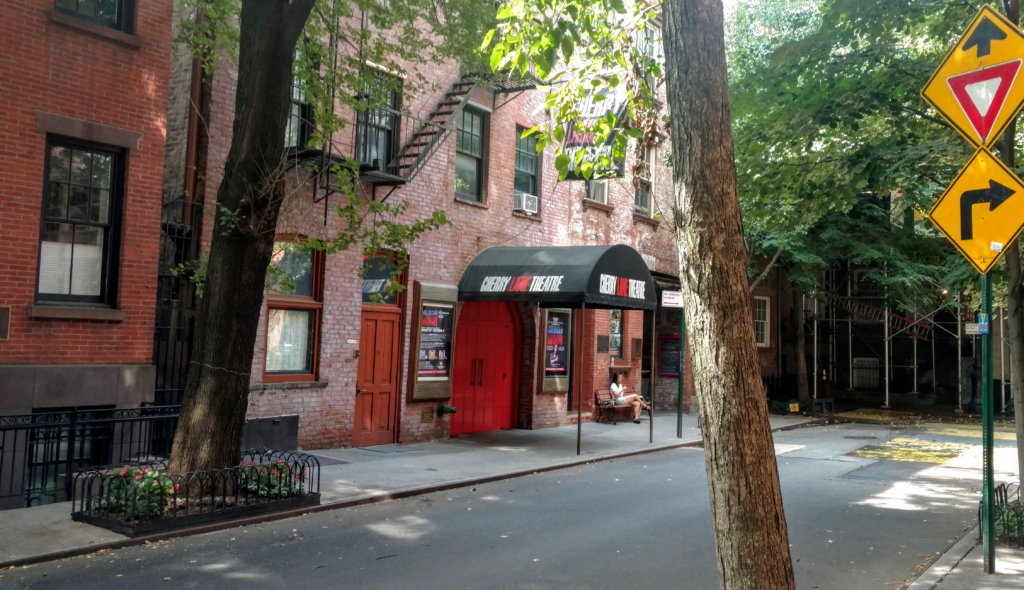 Lotus Moment: Down By The Cherry Lane

Why This Is Awesome: While on vacation during the final week of August, I took a moment to travel across the ...

That One Time I Met A Living Legend

It's not every week you get to gaze upon a living legend of the stage and screen in the American Midwest. Sure, Chicago sees its ...