A year ago, I had the pleasure of attending a wonderful event at the Indianapolis Museum of Art. The museum hosted a brilliant retrospective on the work of Thornton Dial called Hard Truths: The Art of Thornton Dial, and invited a few renowned speakers to come and talk about the importance of his art.

I admit that I initially attended the event to see distinguished civil rights leader Julian Bond and author, journalist and cultural critic Greg Tate. However, it was artist and city planner Theaster Gates who caught my attention the most. Not only is Gates one of the leading designers of culturally-enhanced buildings serving as art and living spaces, he's also a creator of one of the lesser appreciated forms of art --- pottery.

During his lecture, Gates commented on how the world of pottery is often overlooked by the art community, and at times, even disparaged. But he found he couldn't tear himself away from the need to express himself in this ancient art form and he was eager to study with the best of the best. And Gates' notion of the best in pottery were Japanese artisans who perfected the precision and subtlety of the form centuries ago, passing down their tradition to enthusiastic students year after year.

Gates shared how he saved his money and purchased a flight to Japan to study in this great school of pottery. Although he enjoyed his experience, he was surprised by an invaluable lesson he learned. When he spoke to his teachers and fellow artists, they expressed shock that he flew half-way around the world to study their tradition in pottery. As far as his Japanese counterparts were concerned, it was the Southern African-American culture of the United States that excelled in the world of pottery, creating pieces both compelling and rich in cultural expression.

It had never occurred to Gates that the nexus of the pottery craft lied in the backyards of his not-too-distant ancestors. He only saw value in what he believed was ancient tradition and unanimously revered Asian culture. Yet, the black southerners who used pottery as an outlet for their thoughts, inventions and histories were respected thousands of miles away in someone else's classroom. Gates received an important message: The grass is plenty green on this side of the fence.

And it's a message I wish more people would recognize and understand. I've made it clear that I'm not much of a Pollyanna, but it is bothersome to hear people constantly praise another culture, another community, another profession for possessing a quality that many ignore in their own environment. And sadly, I hear this tale far too often, which makes me wonder:

Why is it so common to not see value in the world you know, yet it's easy to identify in one you don't?

To be frank, I believe it's a combination of social conditioning and a need to find depth outside of our day-to-day lives. The notion that something profound and meaningful exists within a stone's throw of what we find commonplace may just be too difficult for many to accept.

The problem is we not only fail to appreciate all the wonderful dynamics our environment has to offer, we also begin to question our self-worth because we don't have access to this element or we haven't experienced that world. As business owners and creative professionals, we're often hypercritical and feel as if we're always lacking something. This disconnect can lead to jealously, frustration or even self-hatred.

Gates' art was influenced by the masters of his homeland well before he learned that others viewed them as masters. He failed to recognize that source until he saw the admiration first hand. Instead of looking outside his community and home, he could have found a wealth of expertise for the cost of a train ticket.

Think about where your business is right now. Do you find yourself looking over to the next freelancer wondering if you had the same experiences and opportunities, perhaps you'd find the same level of success and respect?

It's understandable to see beauty in far away places, as well as admire the achievements of others. Just remember that there's diversity and beauty all around you at home too. Whether it's your business, your art or your lifestyle, the grass is plenty green on your side of the fence if you only step back and see the infinite layers that influence you daily. Take time out to explore and share that environment with others. Maybe your perspective will grow to include all the delightful elements that go unnoticed every day.

Why This Is Awesome: Last year, I made what I'm sure will not be my only visit to the National Museum of African American History and Culture in Washington D.C. .... 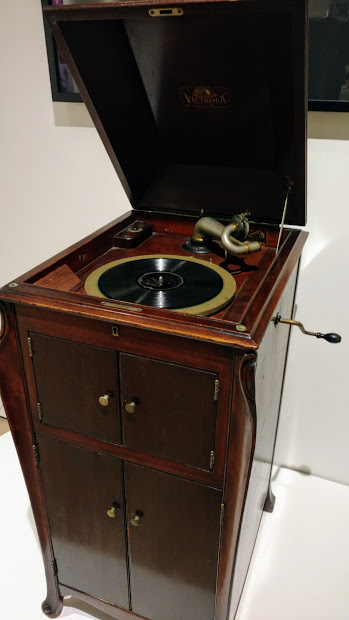 Lotus Moment: V Is For Victrola

Why This Is Awesome: To quote Shakespeare, "if music be the food of love, play on!" That was my exact sentiment as ... 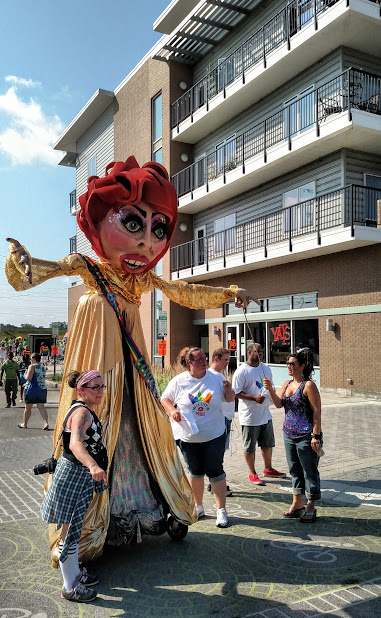 Last Saturday marked my fifth year volunteering for the Cadillac Barbie IN Pride Parade in Indianapolis. Ever since returning to Indy ...