What Is The Artist's Role In Gentrification?

About a year ago, I attended a local community meeting here in Newark for citizens concerned about the changing face of the city. You see, Brick City, after 50 years of neglect, economic disenfranchisement, and disproportionate criticism fueled by racism, xenophobia and class discrimination, is going through a revitalization. Or a "renaissance" if you're the poetic type.

Regardless of what euphemism you choose, with the sudden influx of new residents and developer dollars comes the very real fear of gentrification. So the community meeting being held that night in early 2017 was one of many that organizers hoped to encourage local residents to fight gentrification, or at the very least, make sure current residents benefit from it as much as new transplants. Sounds like a pretty good mission, right?

And it is. Except for the moment when upon learning that I heard about the meeting thanks to Newark Arts' Twitter account, one of the organizers said to me:

"Well, you know, artists cause gentrification."

I paused. Bristled a bit, then nodded my head so the meeting could continue. I had a few choice words for this particular organizer, but I was a newcomer (to the meeting and to Newark), so I thought it would be best I just sit quietly and absorb all the information shared that day.

Ever since that encounter, it has stuck in my craw this concept that artists cause gentrification. The topic of gentrification has been a major concern of mine for about 10 years now, but this rationale that artists play a large and active role in it feels relatively new. It's an unchecked assumption that keeps getting regurgitated often without analysis or discussion.

So me being me, I could not let that stand. As a patron of the arts and a concerned citizen of the world where gentrification is the "new colonialism," I felt it necessary to examine the artist's role in gentrification. If not for my own selfish reasons, then for the sake of future discussions on how we can mitigate their participation in it.

And I have to say, I found some discussions on the topic, but by and large, it seems to be a concept that continues to go unsupported by facts, yet accepted without contest. Sure, there are authors or researchers who've addressed it in academic papers, newspaper opinion columns, or in a chapter in their books, but no one seems to have any hard data that clearly indicates that artists -- a group universally understood to not be among the 1% -- have the power to cause gentrification.

No. Gentrification is the result of direct collusion between local, state and federal governments and real estate developers to deliberately change the economic makeup of a community or neighborhood to financially benefit those real estate developers, who in turn support the government officials in their re-election campaigns. It's not a solely race-based enterprise, but because we live in a world where race and economics are inextricably linked, race is often seen as a major catalyst for gentrification efforts. But in truth, gentrifiers (which are primarily large businesses, corporations, your local and state governments, and the 1%) prey on the powerless, and sadly, the powerless are more often than not people of color, the disabled, the elderly, the LGBTQ+ community, and immigrants.

In all of my research and conversations on this topic over the last year, no one seems to be able to pinpoint a source for this connection. And in a city like Newark, where the median household income is below $35,000 per year*, but has always been a haven for artists of every stripe, how is it that now artists are being blamed for the impending gentrification at our doorstep?

One statistician I talked to pointed me in the direction of research studies, who claimed that developers often follow where artists congregate, live or display their art. The artists themselves don't bring the developers and gentrifiers to this community, the research asserts, but instead, the artists are followed, like lost travelers follow seagulls to find the shore. But how is that the fault of the artists? And can that process be applied to artists who reside in cities like Newark, East St. Louis, Oakland, or Detroit for years -- if not decades -- without the area gentrifying, but when the developers decide they want to make these cities the next "hot property," artists are suddenly to blame?

‍How is that people who've chosen a profession that is often mocked as superfluous to the functioning of our society, and spend most of their lives cycling from feast to famine on an infinite loop became the poster child for gentrification?

‍One person I spoke to, whose investigative research on the topic was similar to my own, offered this:

"The real estate market follows them, especially if they renovate houses. Japonica Saracino-Brown at Boston University published a book on the different types of gentrifiers."

I'm familiar with Brown-Saracino's classification of gentrifiers, but the system she devised is, again, arbitrary. And although infamous anti-gentrification activist Jeremiah Moss agrees with her, I'm not entirely certain I agree with his assertion that the expressing of a desire for more amenities like Starbucks, non-fast food restaurants, and commercial banks versus nothing, yet another Taco Bell, and check-cashing places is enough to qualify someone as a supporter of gentrification. As someone in that meeting I attended last year said, "It's not that we don't want businesses to move into our community or for our neighborhoods to get better. We just want to be able to enjoy it just as much as the new people moving in."

I found Moss' book, Vanishing New York, incredibly detailed and informative on the hyper-gentrification of New York in the last 15 years. The history nerd in me learned a great deal, but I disagreed with his assessment of how artists are justifiably blamed for gentrification. On page 322, Moss writes:

"Artists are often unwitting tools of the hyper-gentrification machine. As Rebecca Solnit noted, it's not the artists' fault that yuppies and developers follow: 'After all, creeps tend to follow teenage girls around, but teenage girls neither create nor encourage them.' Except, of course, when artists do encourage them. There are many examples today of artists putting their work on "art walls" and in other installations co-branded with developers and corporations working to tame and commercialize contested zones. .... We might want Jerkface to decline the commission, but how does a working artist turn down a paycheck in a city that has become unaffordable to artists? It's another vicious cycle."

My problem with Moss' assessment is that artists aren't encouraging gentrification at all. That is not now, nor has it ever been their goal to contribute to the displacement of residents in a community. An artist's goal is to make a living -- hopefully a comfortable one without the dreaded "feast to famine" cycle -- on their art. No artist wants to be a tool of the rich, but no artist wants to starve either. And it's easy for non-artists to assume that artists should be comfortable with subsisting for the sake of others, because again, their role in our society is considered a superfluous one, especially here in the United States. So when Moss accuses Jerkface of being a willing participant in the gentrification of an East Village neighborhood, Moss (who does not identify as an artist, but as a psychoanalyst in a private practice) can easily insist that Jerkface did so because the city is unaffordable, but is nevertheless culpable for his participation.

Can artists say no to corporations and developers who use art galleries, art collectives, and locally commissioned mural pieces to attract the wealthy to gentrifying neighborhoods? Sure. But why should they? Shouldn't those local artists who struggle every month to make rent just as much as other working class or low-income residents be allowed to create work for clients who see value in their art? Or should the artists bear the burden of working 3 jobs while trying to find time to create their art so a neighborhood's current population doesn't get displaced by people who proudly see their relocation to that community as a sign that it now has more value?

It's true. Rich people collect art. But that doesn't mean the middle class, working class and poor don't want to collect art as well. Yet instead of supporting artists who are struggling just as much as non-artists in the neighborhoods targeted for gentrification, the soon-to-be-displaced accuse them of colluding with them. The artists would sell to the rich (or any would-be buyers) regardless of the possibility of gentrification, but for some reason, now we have decided to treat artists, galleries, and collectives as the enemy, when if anything, they are an ally.

Which leads me to another question: Why artists, but not universities? Sure, documentaries like The Lost Village, and historians like David Leander Williams are happy to point out the effect on local urban universities' role in gentrification. But rarely do you hear at anti-gentrification and pro-rental stabilization meetings a lament against universities. Surely, the devastation caused to the Upper West Side by the expansion of Columbia University and Greenwich Village by NYU has led to more gentrified displacement than a mural by Fumero or Elise Peterson. But I sincerely doubt we'll hear someone say at these meetings, "You know, universities cause gentrification."

No, instead we hear people attack artists, public art, and gallery spaces. Even gallery spaces that existed in the community before gentrifiers came knocking. Concerned citizens will knock upscale restaurants, but not the chefs and servers who work in them. They may occasionally bemoan universities, but never the professors or staff members who earn their pay at those hallowed institutions. So, again, I ask, "Why artists?" What is it about an artist that invites not only this unique criticism, but this added burden of being painted as the enemy of the displaced? Especially when they too are often among the displaced? (Case in point: Moss's chapter on Chelsea and the Chelsea Hotel, starting on page 213.)

Moss mentions later on page 322 how there have even been artist-led anti-gentrification groups, like the one who led the 2016 discussion "Artists: NYC is Not for Sale." Yet where are the social and professional equivalent of such organizations for other groups that are scapegoated for gentrification, such as the LGBTQ+ community, businesses that serve a niche audience, or, again, universities?

In a city like Newark that has seen decades of economic inequality, but has always embraced the arts community -- and is attempting to maintain that legacy, how do we go about extricating this false assumption that where artists dare to dwell, developers soon follow? 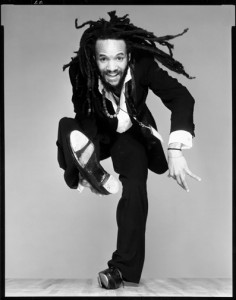 Gregory Hines once said that Savion Glover was the greatest tap dancer who’s ever lived. That may have simply been the highest accolade a mentor could possibly give his protege, but after Friday night’s 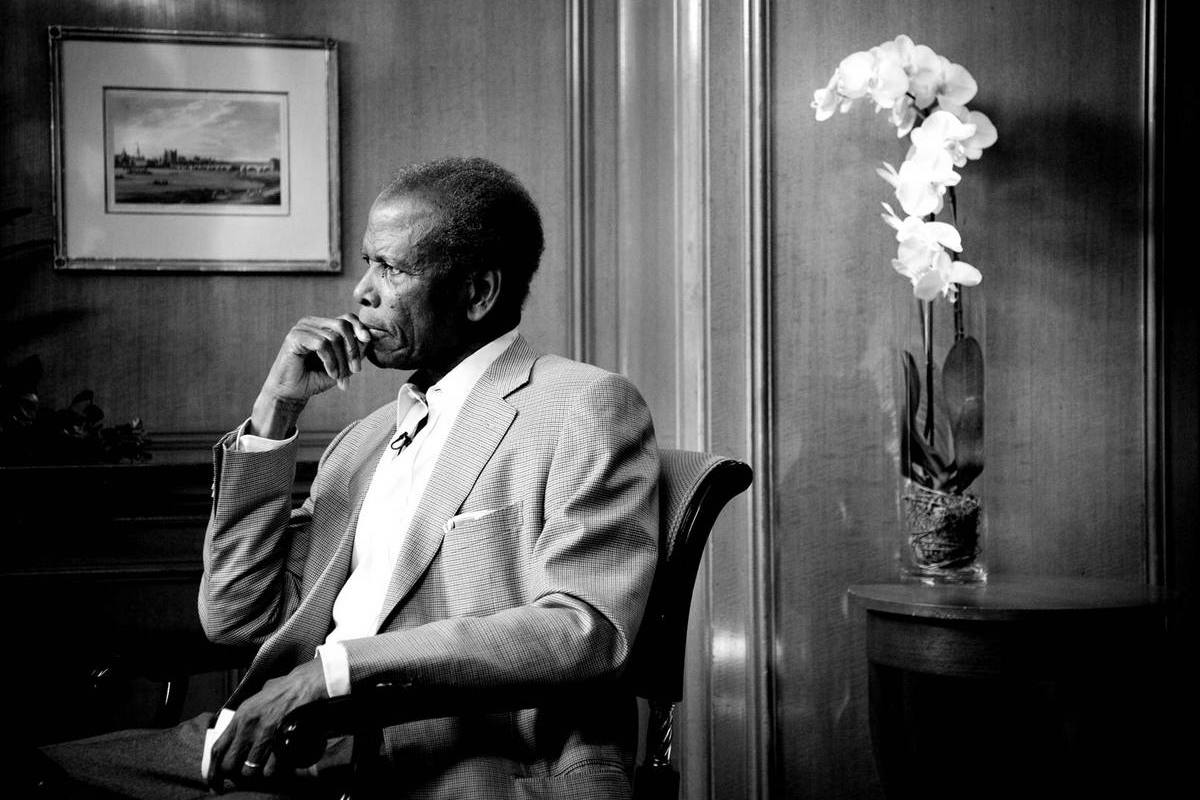 Wise words from one of America's most esteemed cinematic legends