I've enjoyed many brilliant dance performances traveling through the fair Circle City in the last 3 years. I saw Savion Glover at the Carmel Palladium, Dance Theatre of Harlem Ensemble at the Madame Walker Theatre and Complexions Contemporary Ballet at The Tarkington. So no one would be surprised that I would leap at the opportunity to see the prestigious Alvin Ailey American Dance Theater (AAADT) when they came to town.

This past Tuesday, I ventured out to Butler University's premier venue for the arts, Clowes Memorial Hall. Going in surrounded by students and retirees, grandparents and grandchildren, neophytes and aficionados, I knew Alvin Ailey broke new ground in the late '50s and 60s with his vision of a "different" kind of storytelling. But when I left, it was clear to see that Ailey's legacy lives on thanks to Judith Jamison's guidance and Robert Battle's vision.

The company opened with a light, ethereal piece called "Arden Court," originally choreographed in 1981 by Paul Taylor. "Arden Court" began with magnificent silhouettes poised against a soft, muted backdrop of a rose in bloom. The warmth and joyful message of a beautiful spring day having sprung was a pleasant contrast to the more harsh wintry days just outside our theater doors.

Half of the AAADT bounded on and off the stage, while others raced and chased their fellow dancers with jumps that took them higher than most of us couch potatoes ever dared dream. When Kanji Segawa did a headstand that raised effortlessly into a handstand before rotating offstage in a "human pinwheel," I -- along with everyone else -- couldn't help but enthusiastically applaud. It was an impressive start to an amazing night.

After a brief 5-minute pause, the solo number "Takademe" delighted us with the weird, but cool articulated movements of Kirven James Boyd. Dressed in horizontally ridged red pants by Missoni, Boyd thrust, jut and kicked to the syncopated scats and pops of Sheila Chandra's "Speaking in Tongues II."

Enjoying the fun and spontaneity of the piece, the audience laughed and oohhh!-ed with each sudden jerk and twist. Clocking in at a brief 4 minutes, the solo was a sudden amusing dance wedged perfectly in the program and kept us guessing on how they would wow us next.

Shortly after the first of two 15-minute intermissions came the 2011 contemporary/hip hop creation "Home." Conceived as a living tribute to those fighting and living with HIV by the "Basquiat of U.S. contemporary dance scene," Rennie Harris, "Home" started out like a vibrant painting brought slowly to life with the breath-y huffs and puffs of a soulful vocalist.

Then, bit by bit, the dancers break into moves that younger dance enthusiasts may remember practicing in their living rooms while watching music videos or throwing down in the club to impress their friends. But this is the AAADT, so it can't simply be what the Average Joe can do at home. No. The energy is through the roof. Aided by vibrant street clothes and dazzling technique, we're quickly reminded that this is ain't your mama's house party!

Along with several others around me, I admitted I went from "Hey! I can do that" to "Ok. I could do that if I was 10 years younger and 15 lbs lighter" to "Yeah. I'm just gonna sit here and watch them do that." "Home" delivers the 1-2 punch of presenting something familiar, but also refreshing and boundless in heart and imagination.

Finally came the pièce de résistance. Alvin Ailey's grand oeuvre "Revelations" celebrated its 50th anniversary in 2010. Although I've seen excerpts from the work over the years, I was giddy as a child on Christmas morning to finally see it live. It did not disappoint.

The moment you witness those classic wing-like arms poised in "I've Been 'Buked," you can feel the anticipation bubbling in the hall. The bronzed statues came to life and transformed seamlessly into the next piece, which too flowed beautifully into the next. It's hard to not praise every member of company for their fluidity and grace. Yet, Akua Noni Parker's duet in "Fix Me, Jesus" honestly left this arts and culture geek speechless.

Then, just like that, the "Pilgrim of Sorrow" section ended and the "Wade In The Water" section began. Perhaps the most recognizable portion of "Revelations," the white twirling dresses fluttered around the stage in a fearsome speed, while high flying gents bound from the wings to a glorious gospel hymn. Atheist or believer, you can't help but get caught up in the powerful display of joy and celebration. If Brianna Reed's agility and charismatic presence doesn't captivate you, I don't know what will.

Yet as amazing as Reed was throughout the piece, if I had to pick one number that took my breath away, it would be Vernard J. Gilmore's "I Wanna Be Ready." Just typing the words triggers the memorable song in my head. I'd seen clips of this solo many times, but I don't think I've ever fully appreciated its strength and emotion until now. Maybe it was Gilmore's execution. Or maybe I was just so excited to see the performance that I was incapable of objectivity. What I do know is that piece will stay with me for a long time.

Next, we're introduced to a trio of energetic virtuosos in "Sinner Man" for the "Move, Members, Move" section of the final act. Marcus Willis, Daniel Harder and Samuel Lee Roberts leapt into those stunning poses that resemble a mix between a scissor leap and an Olympian's hurdle. As they reached that incredible height time and time again, they seemed to hang in the air for a moment too long to be natural, before landing softly. Then, they were off to the other corner of the stage to do it all again.

The finale of this masterpiece, of course, is "Rocka My Soul In The Bosom of Abraham." The ladies, decked out in yellow sundresses and church hats, waved their wicker fans with flare and precision. The men, dressed smartly, as if out for daily jaunt around the maypole, complemented their partners while breaking rhythm and playfully strutting their way across the stage.

The number is reminiscent of one of those grand musical finales during the Golden Age of Hollywood. At any moment, you'd almost expect to see Lena Horne or Carmen de Lavallade to enter stage right and wow us even more with a breathtaking solo, the AAADT serving as the perfect chorus.

At first, the audience clapped their hands and bobbed their heads, but this wasn't enough for one of the most heralded dance institutions in the world. Fans waved, stools rocked and legs jetéd as the company brought the house to its feet, not once, but twice. By the end of the number, each dancer shined with pride as they delivered a literal showstopper worthy of Ailey's brilliance and legacy.

What does it mean to dance 'Revelations'? from Alvin Ailey on Vimeo.

As a dance devotee and artistic spectator, watching my first "Revelations" was an experience I can only hope everyone will enjoy in their lifetime. To hear the Ailey dancers themselves speak of it, performing the number is even more transformative. But you don't have to take my word for it. Watch the clip above to hear a few of their brightest stars tell you what it means to them.

Have you ever had the pleasure of seeing the Alvin Ailey American Dance Theater perform live? If so, share your experience? 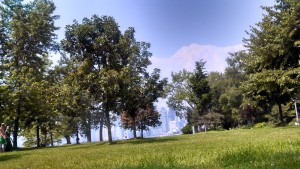 Why This Is Awesome: While on vacation this past summer in Toronto, I took a trip over to the Toronto Islands for ... 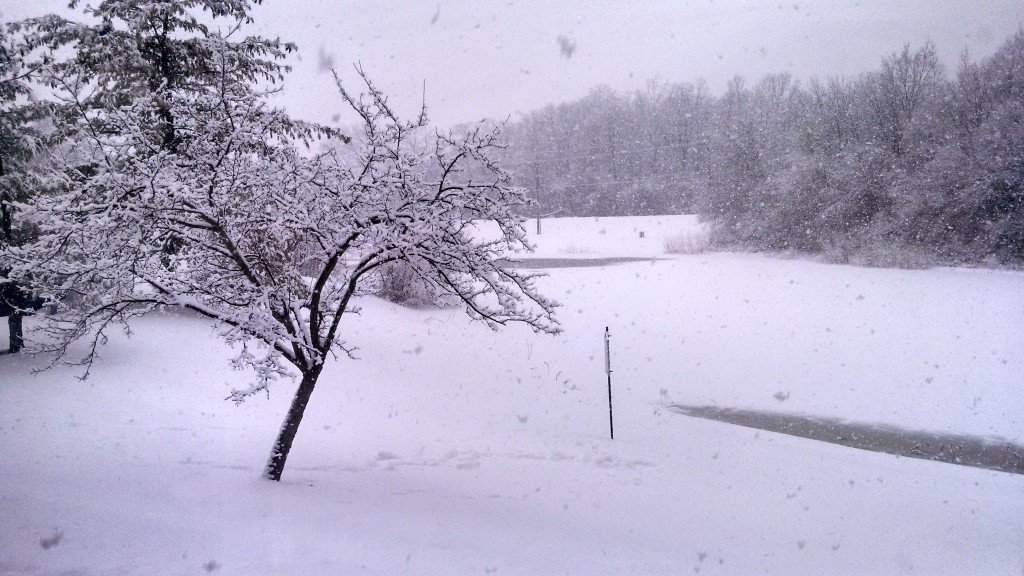 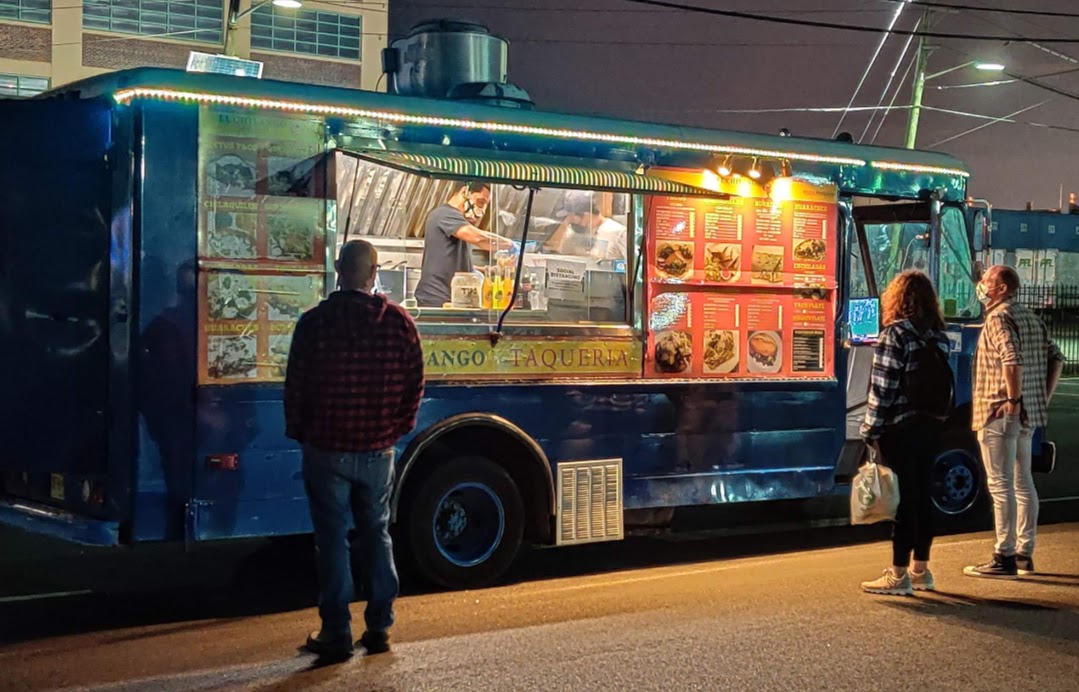 Why This Is Awesome: It's an understatement to say that the pandemic and its economic fallout is hurting the arts & culture ...