An Anchor For Artists: The Nina Simone House

Is Newark on the verge of developing its first artists' housing co-op? That was the $64,000 question asked at last week's community meeting for the future Nina Simone House in Brick City's South Ward neighborhood. Spearheaded by the Mayor's office along with the Newark Community Economic Development Corporation (NCEDC), the efforts to renovate the abandoned Clinton Trust bank building into a space residents could be proud of has been a long time coming.

How long, you ask? Try for so long that most of the meeting attendees can't recall when they last saw the building in anything but its current dilapidated state. From what I gathered at Wednesday's session, it's been at least 40 years since the Clinton Trust has been the subject of kind words.

But now, that's about to change. Two years after the official groundbreaking, actions are finally underway to see the abandoned bank building revitalized and a plan to serve Newark's artistic community comes with it.

Attendees at last week's meeting learned first hand from the planners, architects and designers just how they're crafting the Clinton Trust building renewal. But more importantly, the meeting served as a solicitation for feedback from the community itself. Artists, patrons and interested residents were asked to present their ideas for the new housing and community center space -- a smart decision for a city battling the accusation that a Newark rebirth is for new transplants only, not Brick City's born-and-raised.

After receiving opening remarks from the Mayor (who then had to leave for another community meeting), Aisha Glover and her team walked us through a brief presentation on what the future Nina Simone House would entail. The bare facts:

The end game for the Nina Simone House is not simply to turn it into an artists' housing complex, but to also serve as an anchor for what the Mayor's office hopes will become an arts and culture district for the entire city. Moving beyond the revitalization of downtown and the Ironbound, it seems Mayor Baraka hopes to have the Clinton Ave. corridor filled with murals, amphitheaters, performance spaces, and a host of other businesses that serve the creative community of Newark, as well as patrons of the arts. A lofty goal, indeed.

But an arts and culture district without the input of artists would be a failure before it even began. So at the request of Glover's team, the meeting attendants were given their cue to chime in. Separating the eager participants into two groups, Newark artists and residents rattled off their need-to-haves, want-to-haves, and wouldn't-it-be-nice-to-have for this new housing experiment to members of the NCEDC ready to take notes.

Whether representing their own businesses (musician and DJ Ase Manual), arts organizations (Newark Arts), or cherished artistic spaces (City Without Walls), attendants provided their perspective as to what they would like to see the Nina Simone House become. And the recommendations ranged from the practical (a qualified lighting technician to make sure gallery exhibitions are properly lit) to the financial (business development workshops so starving artists can become sustaining artists) to the communal ("We need a collaboration space so artists can network and learn from each other.").

Feverishly trying to capture all the details, Glover's team gathered everyone's feedback and pushed for more. So it wasn't long before someone brought up the concept of calling the Nina Simone House an artists' co-op. Some even recommended the planners take a closer look at the artists' housing in Toronto, San Francisco and Chicago. With that in mind, I agree it would be helpful for the NCEDC to review other setups for artists' housing in major cities that have worked hard to support their creative community, but I also suggest Newark walk its own path because what was described for us that evening wasn't quite a co-op.

For instance, co-ops generally don't have landlords, residents rarely move out, and all facility operations are managed through hired personnel chosen by its board members/residents or by residents doing the work themselves. Glover's team made it clear that the housing opportunity they're proposing wouldn't be following that model exactly. Although a number of attendants at the community meeting supported the idea of residents being allowed to receive a discount on their rent in exchange for working in the building, the concept led to a bit of debate on how that would function and could lead to problems later on.

Another way in which the Nina Simone House could be different from other artist housing enclaves is the criteria for residency. In other words, who qualifies as an artist? In that regard, the group quickly rested on the idea that the planners should select a review board consisting of artists in the community to discuss the qualifications on who would be granted residency. Who better to decide what is art and who is a professional artist than actually artists?

The conversation remained harmonious and respectful throughout the feedback session, and it appeared everyone's goal was to make sure the space was as inclusive as possible. Thanks to the makeup of the meeting attendees, the desire to see residents include artists regardless of age, gender, physical ability, race, religion or orientation was not missed. As a matter of fact, I would say the majority of the group were more concerned with how the performance space, multipurpose rooms, and cafe/lounge would function.

Suggestions relating to community outreach, workshops on grantwriting and fellowship applications, job-search counseling, and gallery programming mingled with a concern for full-time facilitators in charge of maintaining audio equipment, parking for visitors and patrons, and the operations between the cafe/lounge and the performance space. No matter the perspective, everyone was committed to seeing the renewal become a space for all Newark artists, not just the future tenants of the building.

As the community meeting drew to a close, it was clear that the NCEDC team received a wealth of information on how the city's artistic community would like to see the future Nina Simone House blossom -- even if the feedback came at them from multiple directions and in no particular order. (Hey, they're artists. Not file clerks.) The timeline moving forward includes soliciting proposals for a ground floor operator and continuing construction with tenant move-in expected in July and August.

As someone else mentioned before we left for the evening, the success of this new housing experiment will lie in its marketing. Making sure potential applicants are aware of the opportunity, reaching out via social media and traditional outlets, and perhaps enlisting a Newark celebrity to grab the attention of the city will help go a long way to ensuring a diverse pool of applicants. And that marketing campaign can't start soon enough. The more time creatives are aware of their application window, the greater probability for success for the artists, the corridor and the city.

And who knows? If it all goes well, maybe we'll see a "Nina Simone House" in each ward throughout Newark. 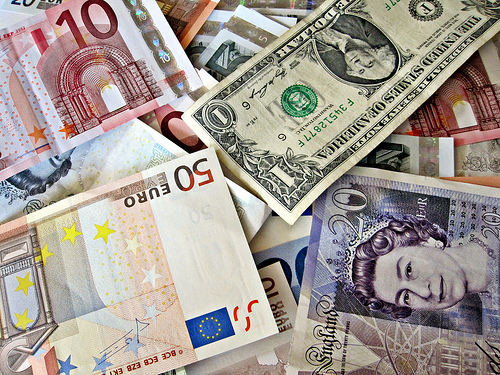 I'm not new to the freelancing game. I know it's a big bad world out there and some people have less than ... 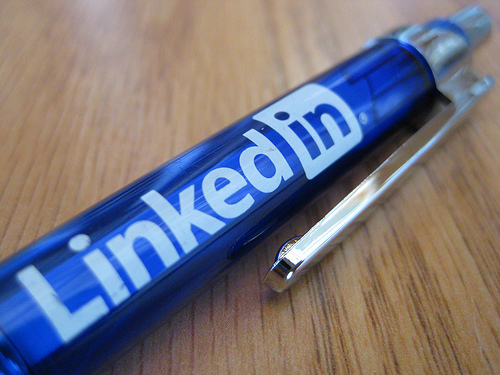 The Real Problem with LinkedIn Endorsements

There's been quite a bit of discussion over the last few months regarding LinkedIn's new feature: Endorsements. Some are put off by ... 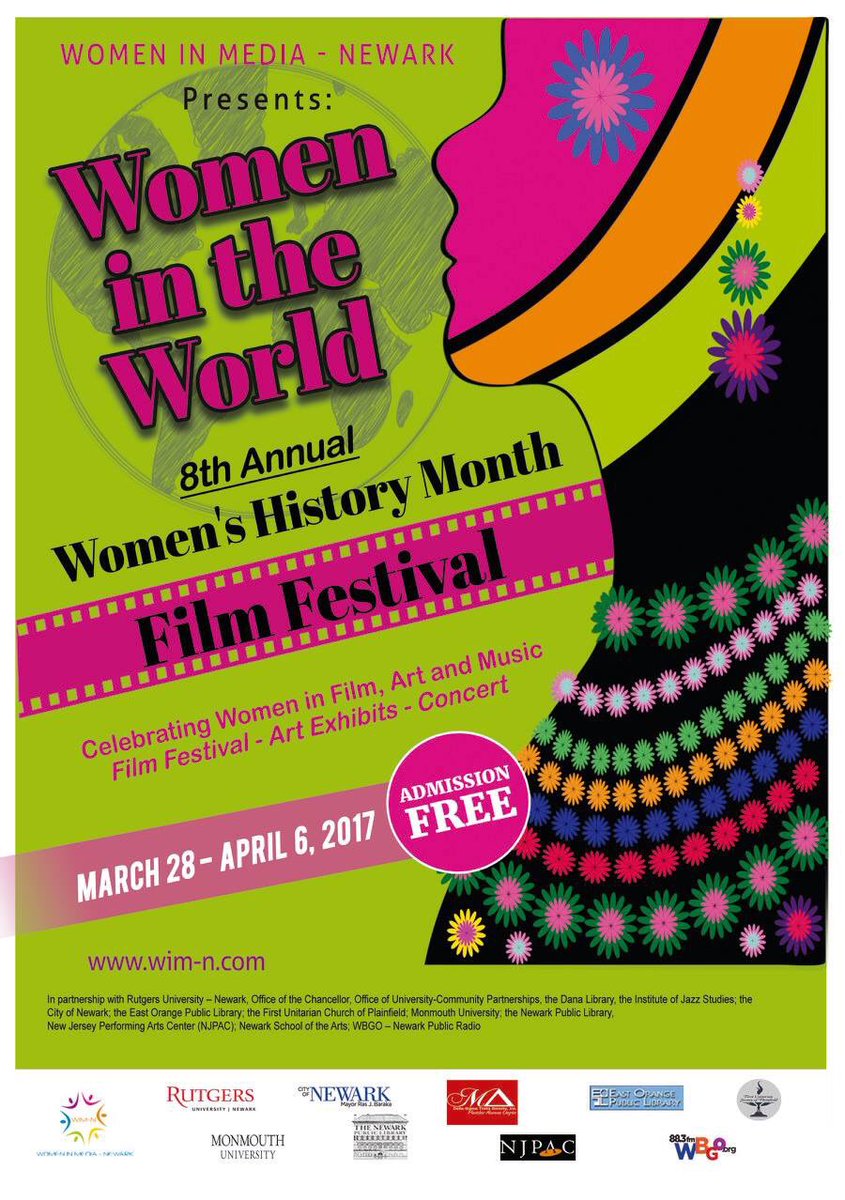 Did You Hear About: "Women In The World" - WIM-N's Film Festival

Today is the kickoff for the "Women In The World" Women In Media - Newark's Women's History Month Film Festival, which runs ...