Cheadle Takes Us Miles Ahead

Last week, we marked the passing of one of the most celebrated American music icons of the last 30 years. Many of us fought the news with disbelief, frustration, and finally acceptance in the form of remembered anecdotes, animated gifs, and laughter through tears. Some of us even found ourselves in movie theaters this weekend watching rushed re-released showings of Purple Rain.

I can't think of a better way to remember such a unique, creative voice of our collective culture. That's why I made a point not to miss out on the opening weekend of a film celebrating the complex life of yet another musical icon: Miles Davis. And it was a fitting tribute to an illusive, artistic mind that many today still struggle to understand no matter how much we sing his praises. Sound like someone else we know?

Don Cheadle brings us his directorial debut in Miles Ahead, as well as his personal vision of the man behind the legend. Davis, like most jazz musicians of the 20th century who reached a level of fame equal to "megastar" status, was as enigmatic as he was original. But Miles Ahead explores the truth of Davis' demons and (in)ability to handle that attention in a period of his life where a brief hiatus from the music industry lead to a creative block he struggled to hide and overcome.

For those looking for a primer on one of the greatest jazz legends of his generation, you may want to look elsewhere. This is not that film. The audience joins Davis late in his career at the age of 53 for just a brief period of 48 hours. Flashbacks give us context as to why his creativity is stunted, but that's the extent of the linear tale. Cheadle makes the brilliant choice to keep the film grounded in a singular occasion that mimics the experience of a persistent fan-meets-opportunistic-journalist pursuing the icon on any day in 1979.

It's hard not to see Ewan McGregor's character, Dave Braeden, as a device to help the audience learn the story of this evasive musical phenom at a time when so few would truly know him or the demons that haunted him, but McGregor keeps his participation engaging and just short of indispensable. He's not simply a reporter recording the breakthrough interview of his career. He's a willing slave to his ambition, as well as Davis' whims. Therefore he cannot be ignored. You'll chuckle with delight when Davis lobs insult after insult at him, but identify with him when he takes a stand on how far he will go to do Davis' bidding.

Any fan of Davis' would see Braeden as a leech seeking to use a man at his lowest point for the sake of his own career. But a fan of the art of journalism can't help but admire his commitment, even after being denigrated, shot at, and punched in the face multiple times in one day — including taking a jab from Davis himself. He's not easily deterred, and you have to give him credit for that.

What I loved most about Cheadle's cinematic interpretation is how he gives the film two hearts. One heart in the form of Frances, Miles Davis' first wife and lost lady love, whom he is solely responsible for turning away thanks to his own insecurity, fear and addiction. The second heart is in the form of Davis and his tenuous relationship with Braeden. He's not his friend. But he's not his enemy. Davis knows he's being used, so he signs on with the intent that he won't be the only one getting used by the end of the day.

My favorite scene in the film is the far too brief, but poignant one-on-one between Braeden and Davis in the jazz virtuoso's basement. As the two go from sharing a line or three of cocaine to riffing on the piano while sharing war stories to hitting the heavy bag in a quick lesson of 1-and-2, you see their first real moment of honesty and the second heart of the film is truly revealed. This is especially fascinating because throughout this exchange, we see Braeden attempt to steal his prize (the latest recording session Davis has on a master reel in his desk) and is only deterred due to lack of escape. You want to believe that Braeden will change and do right by Davis — and for a brief moment, it seems as if he might — because it's this scene where we learn the conscience behind both men little by little.

Not to take away from the series of flashbacks to Davis' relationship with Frances (played flawlessly by the stunning Emayatzy Corinealdi). Personally, I knew very little of Davis' first marriage. But to see this love story play across the backdrop of Davis' psyche as he tries to remain in his "fortress of solitude" and later, as he chases down his stolen master recording, you can't help but feel gutted at the sight of yet another celebrity who had it all, but up and loses it thanks to the vices of humanity. Cheadle and Corinealdi are admittedly missing the spark of chemistry in the beginning of their on-screen relationship, but the slow build to a life showing their affection beyond desire is ultimately sweet and heartbreaking at the same time.

The film lacks nothing in terms of story, performance or authenticity. With modern Cincinnati shot for 1979 New York, Cheadle manages to recreate a world that feels both familiar and foreign. Not an easy task, but one that leaves you respecting Cheadle more as you exit the theater. The director knows that he's not presenting the Miles Davis that everyone thinks they know, but he is going to show them a Miles Davis that will ring true to the legendary image we all wish we knew. From raspy voice to cigarette limply held in a throwaway fashion to closed eyes as he lets the notes wash over him, Cheadle breathes life into what could easily be a caricature and makes him a man.

If you're anything like me, you're more familiar with Davis' legacy than his opus, so Miles Ahead is a teacher of sorts. Never pedantic or pretentious, it's an art film paying homage to an artist in a way that only another artist can. I began the journey knowing only the Cliff Notes, but I left my seat feeling as if I was schooled in the coolest way possible. So have no fear if you think you're a jazz novice or know precious little about the Miles Davis everyone keeps raving about 25 years after his death. Miles Ahead will learn you good and you'll be grateful for the lesson. And the scene at the boxing match is worth the price of admission alone!

Oh! And don't forget to stay in your seat for the jam session that plays as the credits roll. With Cheadle standing in for Davis on trumpet, we are treated to a song featuring the venerable Wayne Shorter on saxophone, the inimitable Herbie Hancock on keyboards, the unapologetically graceful Esperanza Spalding on bass guitar, the fierce dynamo that is Antonio Sanchez on drums, and the too-funky-for-his-own-good Gary Clark Jr. on guitar. Trust me, you won't be disappointed at all. 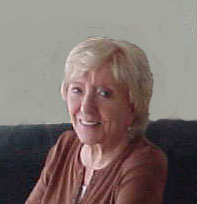 Wise words from a gone, but not forgotten voice of great American contemporary fiction 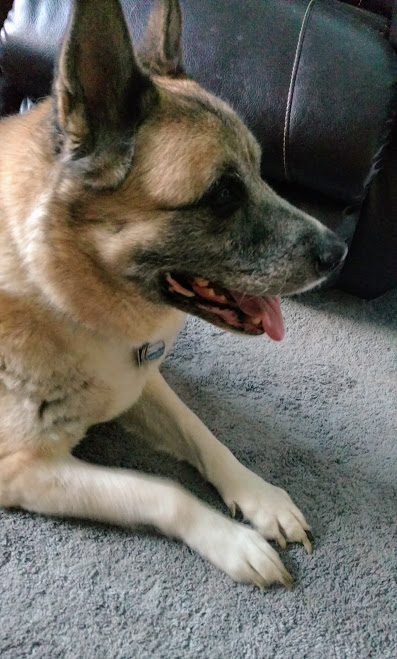 Lotus Moment: The Year Of The Dog

Why This Is Awesome: Kung Hei Fat Choi! Are you ready for the Year of the Dog? Longtime followers ... 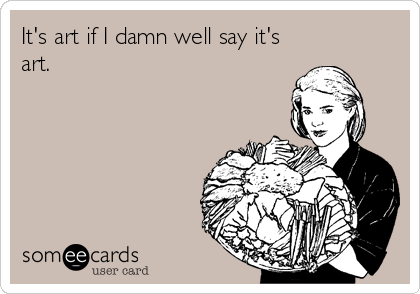