I originally treated myself to the Roundabout Theatre's production of She Loves Me on my birthday back in March, but a weird twist of fate (along with my greedy need to see if I can win tickets through TodayTix) gave me a second opportunity to enjoy the light-hearted, yet never frivolous musical again last Friday. Generally speaking, I'm not a fan of romantic comedies, so I wasn't sure how much I would like this rarely revived chestnut. And although many of the standards clichés of "will they, won't they" tales were there, I found that the comedy and charm of this piece was pitch perfect (completely justifying my greedy need).

‍She Loves Me however isn't a romantic comedy in the modern sense, wherein a lot of somewhat intelligent people make a lot dumb choices that causes the audience to roll their eyes ten times over. Instead, this play has far more in common with those beloved rom-coms of the 1950s and '60s where somewhat intelligent people make somewhat intelligent choices, but due to some highly improbable situation, they end up also making dumb, stubborn choices that causes the audience to laugh out loud. For some reason, I enjoy those much more. And I enjoyed this cast's revival just as much as those films of yesteryear.

‍She Loves Me is set in the wonderful world of non-war torn or Depression-blighted Eastern Europe in the 1930s. Our leading man (played by the always fun, but highly underrated Zachary Levi) is looking for his leading lady (played by the too-talented-to-be-a-real-person Laura Bernanti), but as he goes about his day as a successful, yet humble sales clerk in an upscale parfumerie, he misses her by a mile as they get off on the wrong foot after their first meeting. As both our leads are seeking soul mates separately -- but together, the audience learns early on that the lovestruck duo are actually falling for each other the old fashioned way... via letters placed through a Lonely Hearts Club ad. Awww, the good old days. Take that, Tinder!

The other players in our crazy tale of woo! work in the parfumerie as well. We have Jane Krakowski's delightful and flighty Ilona, Michael McGrath's quick-witted and self-effacing Ladislav, Gavin Creel's slick and sure-footed Kodaly, Nicholas Barasch's eager and borderline buoyant Arpad, and the always upstanding, yet easily unsettled Mr. Maraczek played by Broadway favorite Byron Jennings.

But let me not forget the supporting cast. Everyone from the cafe denizens to the store customers to the private eye put their own unique stamp on every role that could easily be dismissed as background players, but instead drew the audience in to this familiar, yet fantastical world of She Loves Me. Whether it's Alison Climmet, Michael Fatica, Gina Ferrall or any of the other cast members keeping you in stitches or grinning from ear-to-ear, you'll find no one phoning it in on this stage. Especially not the incomparable Peter Bartlett as the head waiter at Café Impérial as he struggles to maintain a "romantic atmosphere." He alone -- along with his one song number that could very easily steal the entire show -- is a reason to buy a ticket and pre-order the cast album.

Although the production is self-described as a "romantic-ish comedy," it does have its serious moments, which beautifully juxtapose those humorous beats and reminds us that love can be a dangerous affair -- for hearts as well as lives. But just as every good drama has the right amount of comedy to keep the audience on their toes, so does a good comedy have the right amount of drama. Gavin Creel has the honor of playing the "villain" of the piece, but thankfully Miklos Lazslo (playwright) and Joe Masteroff (book writer) never portray his character as mustache twirling, even if he does have a mustache. Mr. Kodaly's farewell song, "Grand Knowing You," is a showstopper to say the least, and as Gavin Creel's smug disposition gets turned up to 11 before he exits with a flourish, you somehow miss him the minute he's off-stage. Now that's talent!

I have to confess the primary reason I wanted to see She Loves Me was for the opportunity to hear Zachary Levi sing live. Not just sing live. But to sing showtunes live. Well, be still my beating heart. Not only does he hold his own with the vocally intimidating Bernanti, but he delivered on my expectations and then some. His character Georg Nowack is an easygoing man, but neither cowardly or easily put-upon. He takes pride in his work and himself, but like any likable lead, he's not perfect. He suffers moments of self-doubt and even a stroke of mean-spiritedness here and there. Levi comes to life in this role so well a person who doesn't know him -- which would be most of us -- would almost think he was simply playing a version of himself. And with that, we have to ask "What person wouldn't find him adorable?"

It really should come as no surprise that She Loves Me is an audience and critic favorite with a show brimming with more Tony award winners and nominees than you can shake a stick at. Let's see, you have Scott Ellis (director), Joe Masteroff, Jerry Bock (music), Laura Bernanti, Gavin Creel, Jane Krakowski, and the Pulitzer Prize-winning Sheldon Harnick all a part of this grand production as either Tony award nominees or winners. But just in case you're not someone who's impressed by awards or critical fanfare, rest assured that I would never steer you wrong.

‍She Loves Me is that rare classic romantic comedy that brilliantly balances heart, energy and wit, and won't leave you turning red at the nonsensical antics of our cast. Instead you'll root for them as if they're your own besties and remember why the phrase, "They don't make them like that anymore!" carries so much truth today. She Loves Me is currently showing at Studio 54 through July 10th. (The end of the video below says through June 12th, but the show has been extended through July 10th thanks to greedy theater geeks like me.)

If you’ve only led a cursory existence in social media circles lately, you’ve still probably heard about the newest kid on the block ... 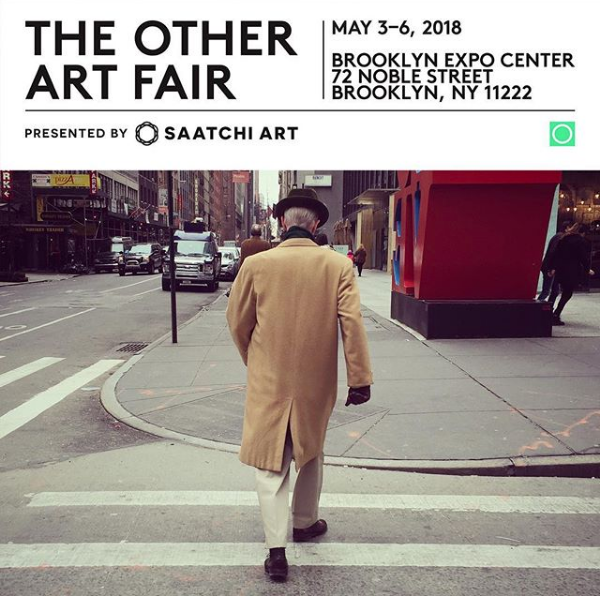 Did You Hear About: The Other Art Fair Brooklyn

Art fairs can be a bit overwhelming for artists and collectors alike. And I'm not just talking about the ... 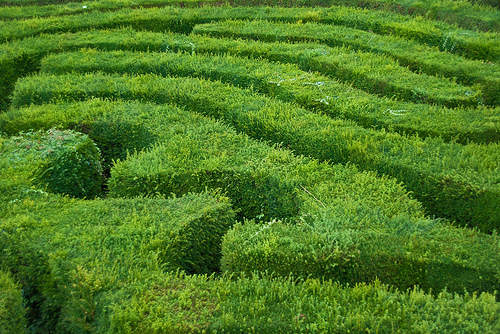 A year ago, I had the pleasure of attending a wonderful event at the Indianapolis Museum of Art. ...