I have a number of opinions that go against the popular points-of-view of my cultural contemporaries. For instance, many of you may think as someone who waxes effusive about all things arts and culture-related that I would be a major proponent of the idea that travel -- traveling, jet-setting, road tripping, globetrotting -- is a must for a life well-lived. And more significantly, some may assume that I adore all those who've made traveling a major part of their lives and think them a wiser set than those sad and lowly homebodies.

Well, most of you would be wrong.

As a matter of fact, for years I've held the belief that travel is a luxury and any perception otherwise is a snob's calling card. And based on the traveling I've done and the travelers I've met, I can uncategorically say: travel does not make you sophisticated, enlightened, or wise.

Now, upon reading that, you might think, "Surely, she's joking. Travel absolutely makes you smarter than those who don't travel. I mean, you learn so much about the world." And to you, dear reader, I say "Balderdash!"

Is it true that traveling can expose you to different people, different viewpoints, and different cultures? Of course, it can. But that doesn't necessitate that the traveler will learn anything at all in the process. As a matter of fact, I can attest that most of what those who travel a great deal and insist one thing or another about the places they've traveled are often simply sharing just one perspective based on one experience as told by one individual on one particular day.

And moreover, you can gather those same perspectives from meeting people right in your own city, online, or from the pages in a book. You never have to get in a car, on a train, or in a plane to gain that same valuable insight.

Sure, it may be a lovely experience to go and interact with people and places you've never known, and engage with a world that's both all-too-familiar and unlike anything you've ever experienced. But if you don't get an opportunity to do that in another town, region, or country, that does not make you any less cultured, less educated, or less worthy of respect.

Over the years, I've met so many people who have been lucky -- yes, I said lucky -- enough to travel the globe and clamor on about how they know so much about the world and the people in it. Then not 5 minutes later, open their mouths and say something completely false, ignorant or embarrassing related to that place or the people who live there.

There was the time a young man in the Washington D.C. hostel who told me that poverty in America isn't that bad because he's been to countries in Central Asia where they did not even have clean, running water. I wanted to tell this young man to allow me to introduce him to communities in Appalachia, the Ozarks, the Black Hills of South Dakota, the Navaho reservation in Arizona, and countless poor suburban, small town, and rural areas of the States where he can find that exact same situation.

Or that time I was told by a Black British gentleman that Black Americans don't like to travel. He had nothing to support this statement and didn't think I would dare to correct him. I kindly asserted that I, an American of African descent, have lived in the U.S. all my life and I've never heard anyone in the Black community declare that they personally don't like to travel -- let alone the entire community as a whole. And although this exchange between the 2 of us took place in March 2017, I can now happily point him to a recent report that shows African Americans contributed $63 billion to the travel and tourism industry in 2018. Not bad for a community that makes on average only 62 cents to their white counterparts dollar.

And don't get me started on Trevor Noah's constant affirmations that he knows so much about the world because he's traveled near and far as a comedian. He recently insisted America is the only country where its citizens are afraid of the police, and he knows this because of his travels. Apparently during his travels, he's never talked to Brazilians, Russians, Chinese, Colombians, Indigenous Canadians and Mexicans, anyone from West Papua, French citizens and immigrants of African and Arab descent living in the banlieues of Paris, and ... well, I think you get my point.

Now, I share these examples not to shame the speakers who made such statements, but to acknowledge that many of the people who spend their discretionary income on travel or are lucky enough to have the opportunity to travel for work, don't necessarily build up a treasure of insightful observations or profound perspectives about the state of the world or the people in it. (And lest you think I'm picking on men here, I could have easily used examples from women who've made equally false, biased and ignorant claims.)

For some reason, over the last 2 decades, as our global society has marched further and further apart into a polarized world of The Haves and Have Nots, I hear more people with the opportunity and agency to travel brag about their "worldliness," while insisting that anyone who doesn't follow suit must be wasting their money on frivolous things they don't need or "stupid sh#t."

I'm by no means anti-travel. I've been lucky enough to travel to a lot of major cities around my own country -- Miami, Portland, Chicago, New York, Philadelphia, Las Vegas, Nashville, Cleveland, Atlanta, New Orleans, D.C., -- as well as a number of smaller cities and towns that I've found equally fascinating in their own special way. I've also had the good fortune to leave my country 3 times and not have it drive me so far into debt that it took me several years to recoup the expense.

But with that in mind, I can honestly say much of the most engaging information I've learned about the world, at home and abroad, has been made possible thanks to simply striking up a conversation with a stranger. When I lived in Los Angeles, I got my first lesson in Armenian history after setting aside my book and chatting with the older gentleman sitting one table over in Starbucks. While living in my hometown of Indianapolis, I had captivating conversations on a weekly basis with a French Canadian university student in Quebec City about AIDS research and recent medical discoveries. She and I never met face-to-face as we only knew each other online while sharing our perspectives on geek-related message boards and fandom. And I currently live in a city where it's not uncommon to learn a great deal about personal tales of struggle and triumph from people of all ages, races, religions, nationalities, and genders while waiting at the bus stop, eating at a local restaurant, or getting my car washed.

One does not have to travel far to connect with other cultures or engage people with different perspectives. Spending money in your community restaurants, salons, barbershops, dry cleaners, boutiques, galleries, auto shops, and entertainment venues is not "wasting money on stupid sh#t." Supporting your local economy has as much value as traveling to another country and supporting theirs.

I'm here to tell you that you're not short-sighted, materialistic, or thinking small because you choose to spend your discretionary income on paying down debt, focusing on your home-based business, saving money to give your kids a good Christmas, or buying a new laptop after the one you've been lugging around for 7 years finally died. Your priorities are not misplaced if you prefer to buy books instead of a $700 plane ticket to Paris (and that's only during the off-season).* Your world is no less rich if you never see Boston, Bali, Brisbane or Barcelona, but instead you get to save up to buy a home where you can live with your partner and grow old together in a place you can call your own.

Culture, art and history abound everywhere you look. And appreciating what your community has to offer anyone stopping through your neck of the woods helps you gain perspective on how everyone around the world is connected, without ever having to book a flight. And in that education lies humility.

Humility reminds us that we don't have to travel to Burma to learn about how poor people survive in systemically depressed areas. Humility tells us that in a nation where 50% of the population lives below the poverty line, spending money in your own community and supporting those businesses is nothing to be ashamed of. Humility encourages us to remember that just because one person's experience in another country is fascinating, it does not mean another person's completely different experience in that same country is any less authentic or worthy of merit.

As someone who has lived in 5 different states and on 2 coasts, and has held plenty of conversations with complete strangers from around the country and the world, I hope our current culture of "travel elitism" goes the way of the dodo. There are far more people on this blue marble who don't travel outside of their city, region or country than there are those who do. (The global statistics on poverty alone should tell us that. 46% of the world lives on less than $5.50 per day.) And regardless of whether or not a person lives in extreme poverty, it's high time we agree that it's OK not to want to travel or to want to travel, but choose not to.

* I once saw someone suggest that if you didn't buy books, you could afford a plane ticket to another country. I'd be hard-pressed to find anyone who is more sophisticated, enlightened or wise because they travel more than a voracious bibliophile. 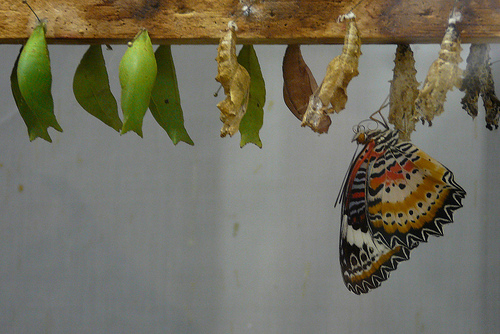 If you're familiar with my blog, you know I wait to set my annual resolutions until the Lunar New Year celebration ... 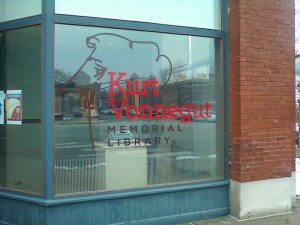 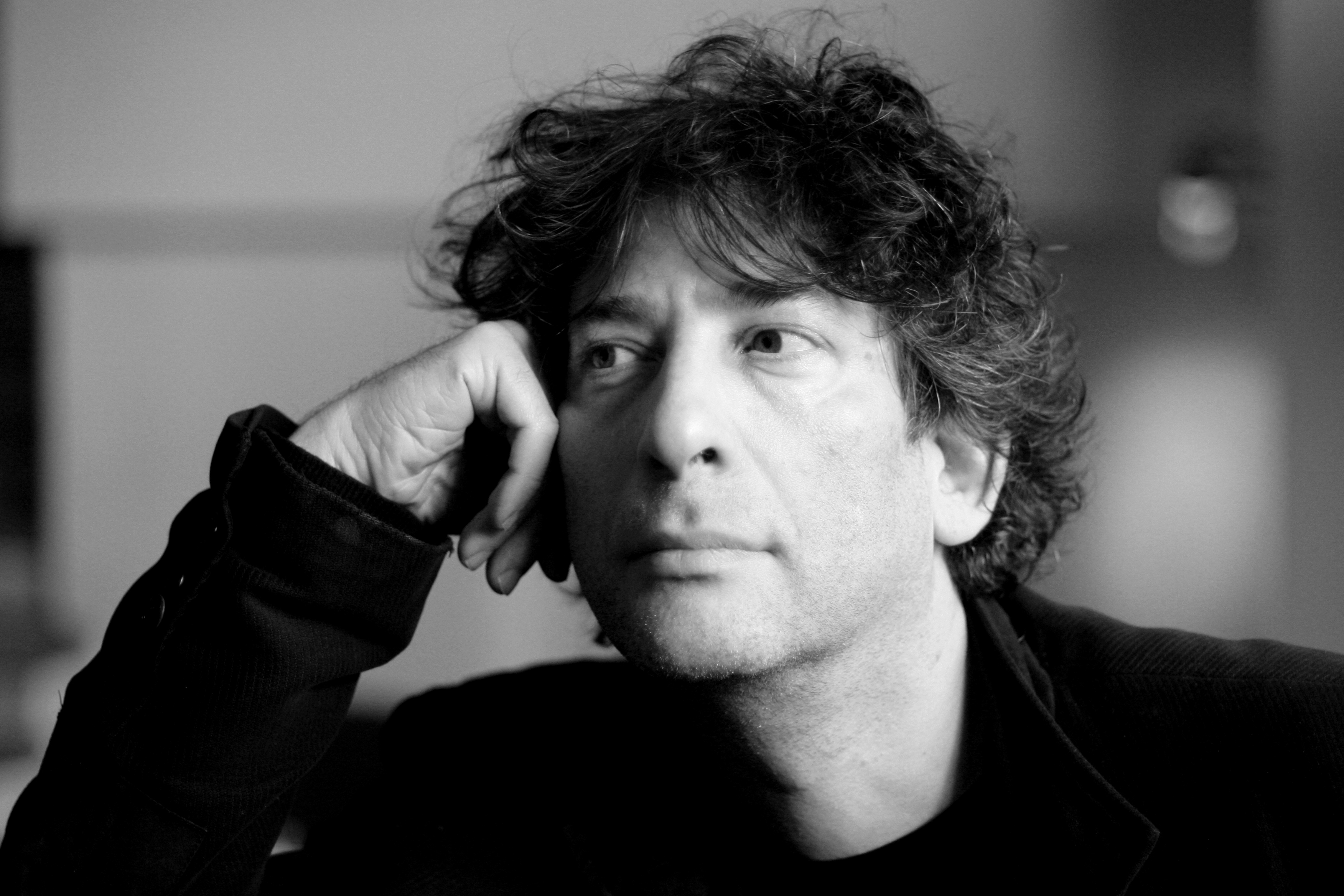